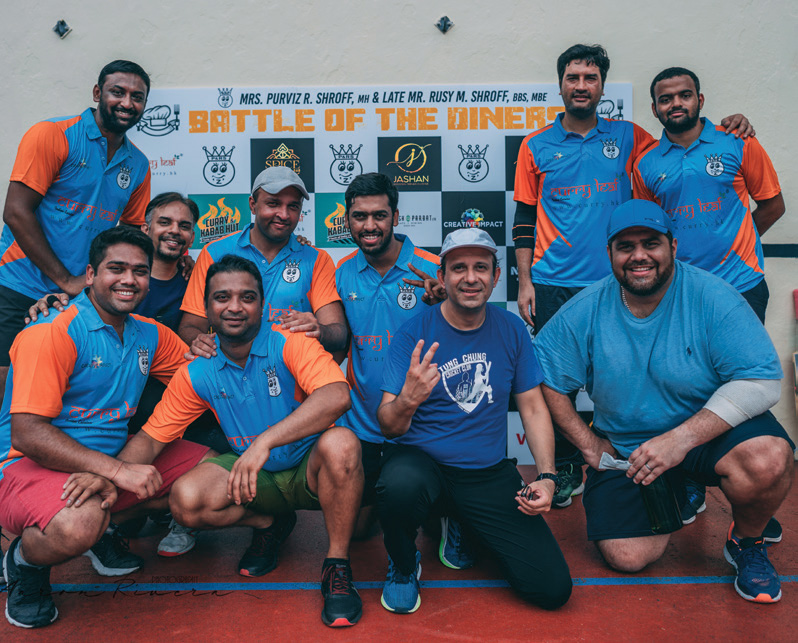 Organized by Creative Impact, this cricket tournament was a unique battle between top-notch teams owned by Indian restaurants in Hong Kong. Box cricket or indoor cricket is a variant of cricket that shares many basic concepts with the original game, but with added enhancements. It not only improves the engagement between the players and the audience, but it also adds to the enjoyment.

The event took place at The United Services Recreation Club, in Jordan on the 10th of August. The concept was to bring all the restaurateurs together to host a Box Cricket League. Each restaurant picked their own teams through a lucky draw method, and these teams competed against each other for the winning title of BATTLE OF THE DINERS (BOD), supported (sponsored) by Mrs. Purviz R. Shroff,
MH & Late Mr. Rusy M. Shroff, BBS, MBE.

Overall the unique format of the game, the enthusiasm of all the participants and the support of the community made this an event one that we will all look forward to in the future. The company aims to host more such unique events in the future to engage the community in many
ways. Stay tuned for more updates on future events on their Facebook page – https://www.facebook.com/CreativeImpactltd/

8 restaurants participated in the battle and the 8 cricket teams that represented these restaurants respectively to play for the title were :