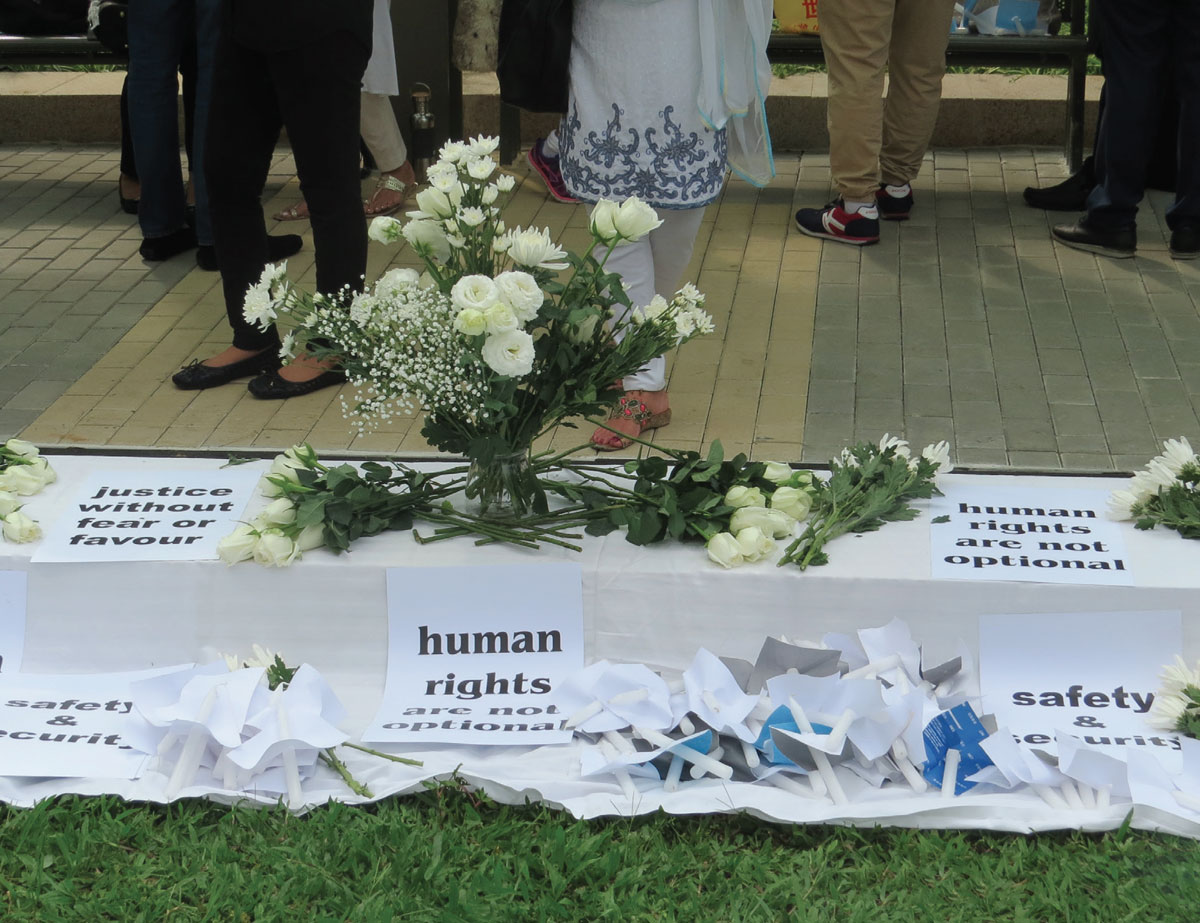 CANDLELIGHT PROTEST & PETITION FOR SAFETY OF GIRLS IN INDIA

silent protest and candlelight vigil was held on April 22 with a petition signing by members of the Indian community at admiralty Park in hongkong. Growing anger and outage at the lack of cagey and security for girls and women in India has sparked a public furore with public protests being held worldwide.

Organised by a group of concerned HK Indians the petition lays out a seven point recommendation for reform and education particularly in the law enforcement agencies and for speedy justice without pressure from the accused to subvert the course of justice.

The vigil was a peaceful demonstration of the power of the people, with the Union Cabinet in India approving the death penalty as an ordinance in a swift move to show positive action over the same weekend the vigil and protest was held.

Reform and mandatory education at the grassroots level. particularly within the law enforcement agencies and fast track courts are crucial to bring about the changes.