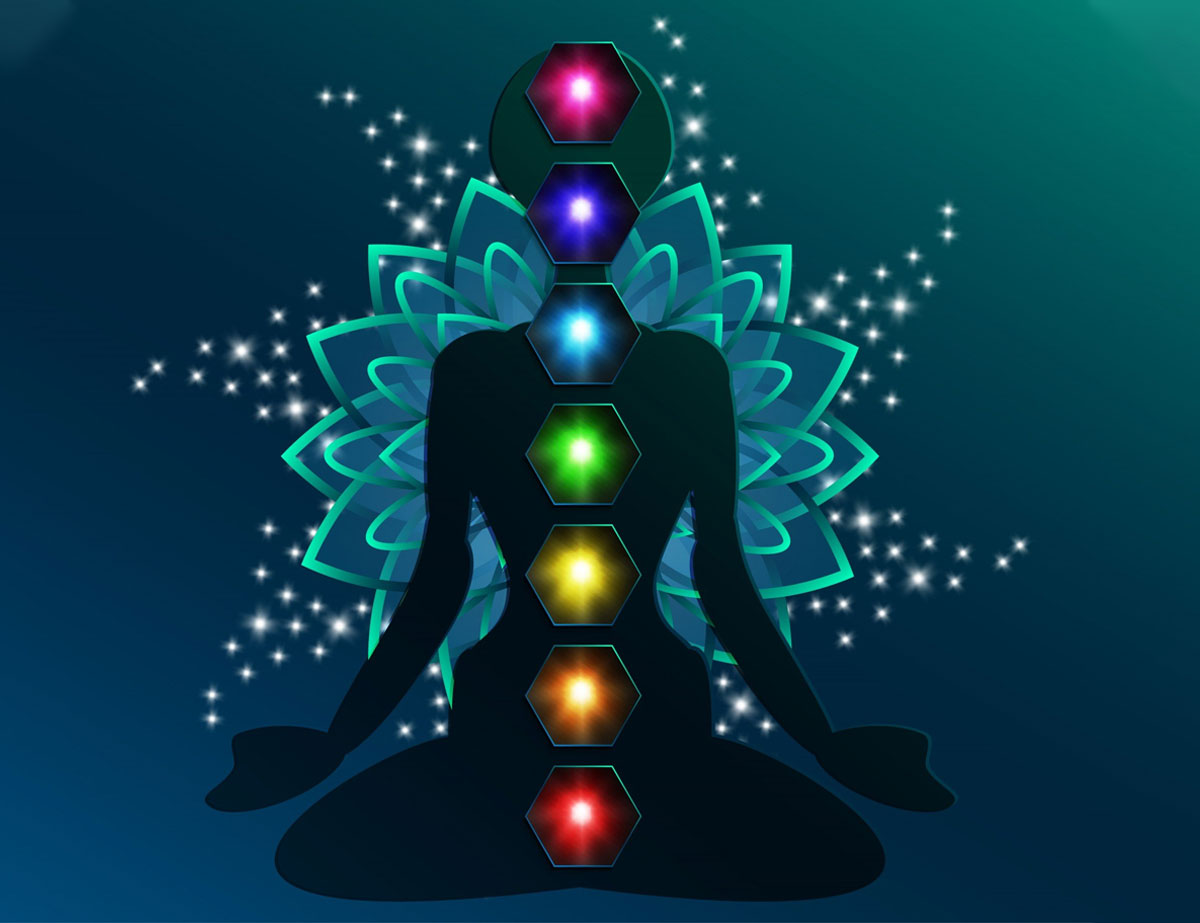 Chakras are traditionally considered as Yantra for enlightenment (higher spiritual growth) A meditator works by balancing all the chakras starting from lower chakras to the highest chakras blossoming in the crown of the head.

Crown chakra
When this energy ( kundalini) rises to the highest chakra (crown chakra) it makes the person achieve self realization and a state of liberty. Samadhi is attained. This chakra is symbolized by a lotus with one thousand multicoloured petals.

Third-eye chakra
It is symbolized by a lotus with two petals. It is the point were a teacher/master touches during the attunement/shaktipat and releases all the blockages to experience the characteristic of being dual (male n female) (dark n light)

Throat chakra
It is symbolized by a sixteen petaled lotus balancing of this chakra gives us experience of enjoyment.

Heart chakra
It is symbolized by a lotus of twelve petals. It has symbol of Yantra of two intersecting triangles forming a hexagram symbolizing a union of male and female, this if balanced make us experience the “Essential nature” or Dharma.

Solar plexus
It is also called the nabhi. Chakra, also known as the madhyam shakti or the inter meditate stage of self realization, it has a symbol of ten petals with a triangle inside this triangle represents the fire in the centre.

Sacral chakra
It is symbolized as a six petal lotus within a crescent mom, this balanced chakras makes as experience the “creation.

Root chakra
kundalini is often said to be resting here wrapped three and a half times around the lowest obstructions commonly knows as svayambhu linga. It is symbolized as a form petal lotus with a circle,  square and triangle.

In both Hindu and Buddhist people it is believed that the energy residing near or in the lowest chakra which is commonly named as kundalini energy rises higher only when a chakra is in a  balanced state.

Just by looking at the picture of a chakra we can feel n connect to it through the colour therapy.