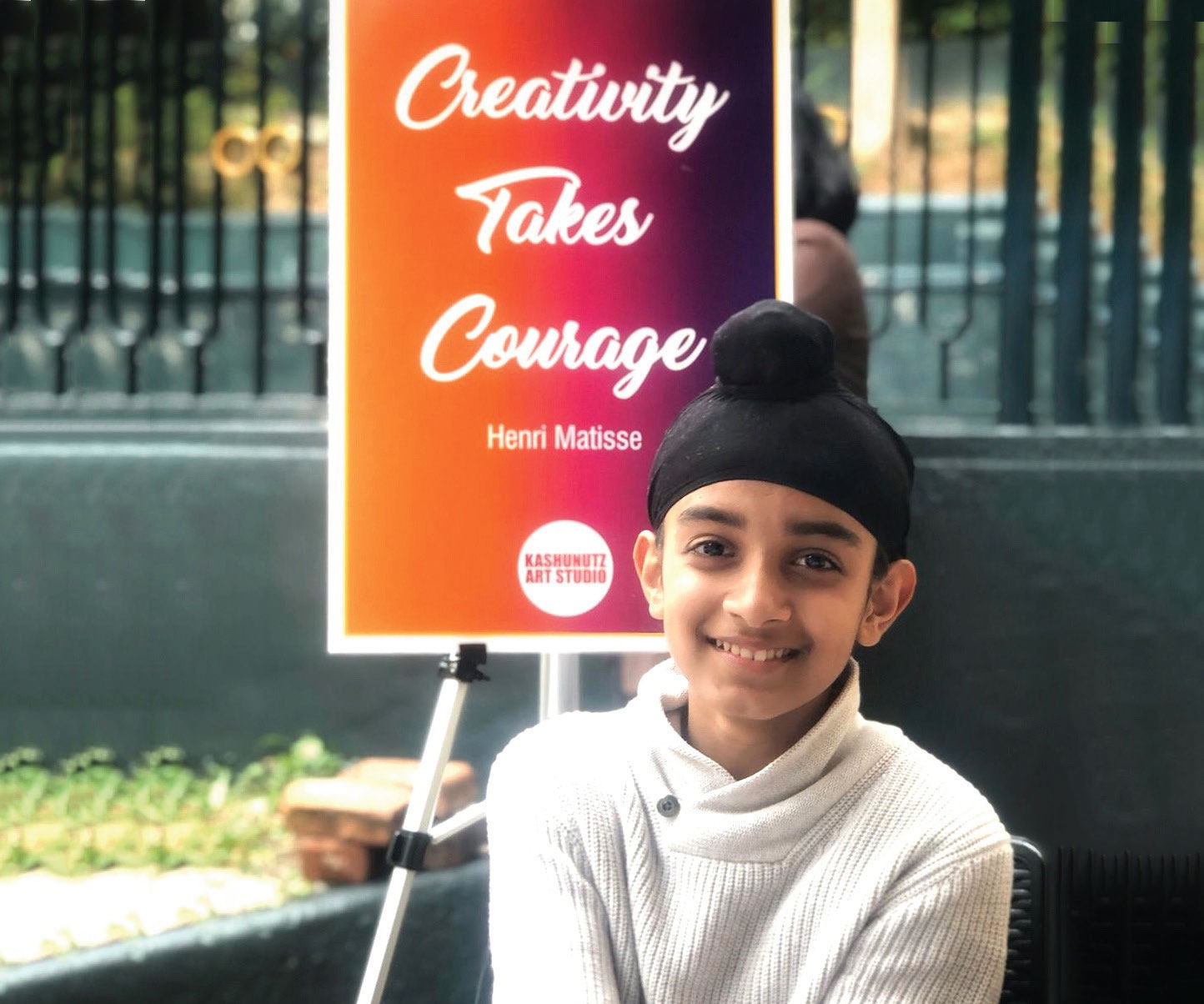 Singh Agamjot can sit all day and not talk to anyone when he is immersed in his art. An active and creative child since a young age, he loved to create with his hands be it with Lego, playdough or colours. As he grew, so did his art. From sketching just people, Agamjot moved on to 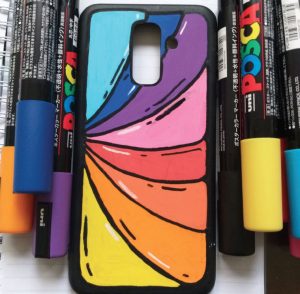 being inspired by other things he saw around him. When his parents realized that he had a talent for putting ideas and thoughts down on paper, they decided to enrol him into art classes at Kashunutz Art Studio founded by Kashmira Mehta Doshi, a professional artist. Since then, there has been no turning back. The classes helped Agamjot develop maturity and clarity in his creativity. 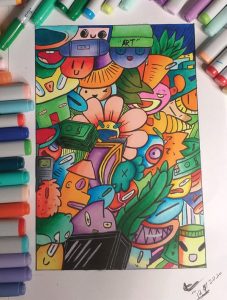 His teacher describes Agam as a very “sorted” child. “His thought process is very clear, and it reflects in his art. At this age he has a style of his own and I can see him as a future artist”, says Kashmira.

Agamjot and his family travelled to India in February this year for a 2-week vacation. Little did they know they would eventually be spending over 4 months there, most of that under the government lockdown. Fortunately, Agam was proactive in ordering his art supplies (at a much lower price he gloats), before the lockdown was announced. Agam used this time to really delve into his art, experimenting with different mediums and tools. Even though he didn’t have the guidance of his teacher, he was in constant touch with her, and his commitment did not waver. From starting his own Instagram account (agumz_art) to doing live IGTV sessions to developing new ideas for his artwork, Agam’s hard work is evident. 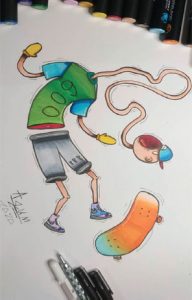 Experimenting with colouring on more mediums than just paper, Agam started producing his 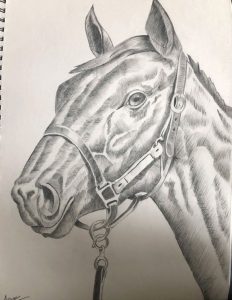 own line of “artistic accessories”. From phone case covers to shoes and T-shirts, to logo designing for clients, Agamjot at the age of 12 has already set a career path for himself. The lockdown didn’t get him down. Being separated from his father, family and friends in Hong Kong for over four months didn’t dampen his spirits. This young boy used the time he had, and the resources he had for the one thing he loves almost as much as he loves his family – Art!

From phone case covers to shoes and T-shirts, to logo designing for clients, Agamjot at the age of 12 has already set a career path for himself. The lockdown didn’t get him down.

Top 15 board games for families