“As we have the largest democracy and second largest population and the largest ever elections, we certainly couldn’t afford to stay apolitical and indifferent in this largest fair called the General Elections of India 2019.”

Voting is an elaborate process in India, unlike any other democratic country where the voters go to the polls on a single day. In India, Lok Sabha Elections happen after every five years and are conducted over a period of five weeks. This may sound excessive, but this is the only way where 900 million (90 crore) eligible voters, spreading from the Himalayas to the islands in the Indian Ocean, can be given the chance to vote. 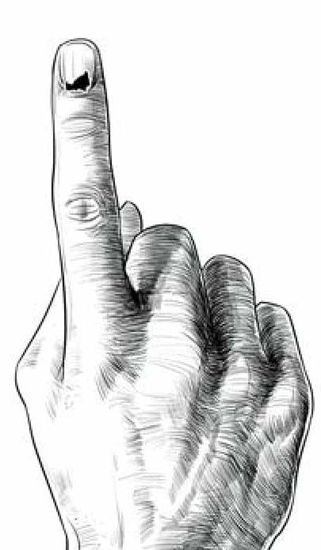 It was the 17th Lok Sabha elections in India and the air of the nation was just so heated up. As the seven phases of General Elections got over from 11 April to 19 May 2019, all eyes were on the results which were to be declared on 23 May 2019. The elections of the lower house of India had a global significance as it was the world’s largest election ever.

According to the Election commission of India, a tremendous 900 million were eligible to vote, of which 15 million were first time voters in the age group of the nation was inhaling the air of elections, the nights have been sleepless not just for politicians but for the citizens too.

More than 50 parties were contesting in these elections. But all eyes are glued on the main parties that were Bhartiya Janta Party (BJP) and Indian National Congress (INC). The buzz was far too loud this time and so were the electorate bonds.

It shall not be a general statement that we see the party leaders only in the time of elections to plead for casting vote for them. With the social media acting as a bandwagon, the funds spent on the elections by political parties were equally alarming. No wonder, elections in the world’s largest democracy was quite an expensive affair. 50 billion was spent only on social media. And it was for the first time, India’s budget had allocated the highest ever funds equal to 2.62 billion in this fiscal year. Elections are always the season of huge drama and 2019 general elections were no less.

BJP being elected in full majority in 2014 has managed to stay in the headlines on a daily basis. The Modi wave can be seen in India. These elections witnessed maximum allegations and breaking news.

The Election Commission of India (ECI) has also not failedin grabbing its part of the flick. ECI decided to introduceEVMs (electronic voting machines) with Voter VerifiedPaper Audit Trail (VVPAT) system. Moreover it was ECI who needed to ensure that the political parties had implied the moral code of conduct. It will not be an exaggeration to say, these elections were the most heated up and election campaigning exceptionally sensational. The 542 members, whose fate was sealed in the EVM machines, were announced on 23 May and grabbed the eyeballs of international media too. 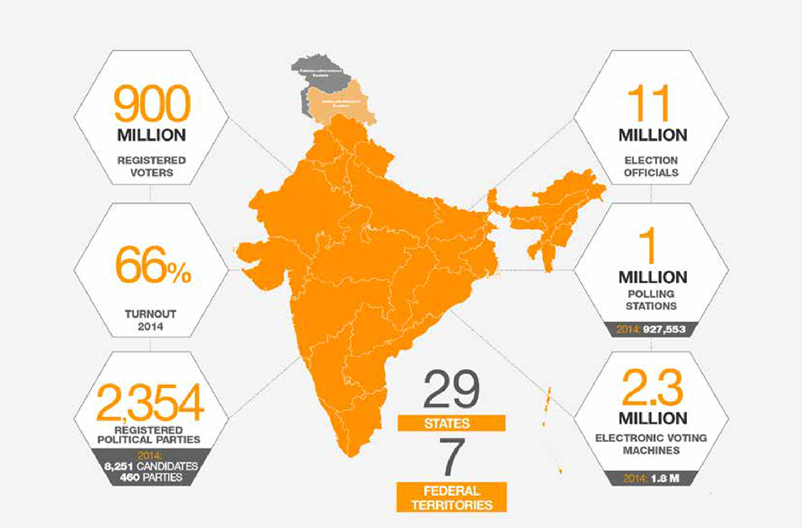 The people of India have made the right choice this time too and elected BJP as the ruling party. The party won at the center by securing 303 seats out of the total lot.

Recently with the cover of Time Magazine stating Modi – a divider in Chief, the ripples of the elections was felt worldwide.Yes! Everyone who may or may not have a political inclination still waited to know the results on the big day. As a minimum of 272 seats were required to form a majority government, the heart beats were loud to witness and eyes were glazed in anxiety, whether it’s BJP, INC,NDA, UPA, the grand alliance of regional parties or the left front of Communistleaning parties. Each and every vote mattered here.
The people of India have made the right choice this time too and elected BJP as the ruling party.The party won at thecenter by securing 303 seats out of the total lot. Narendra Modi has been elected as the Prime Minister of India once again.The mammoth saga has come to an end now and the entire country came together to make this slogan come true, “Phir Ek Baar Modi Sarkar”.

Prajit Nanu From a corporate honcho to a successful entrepreneur.