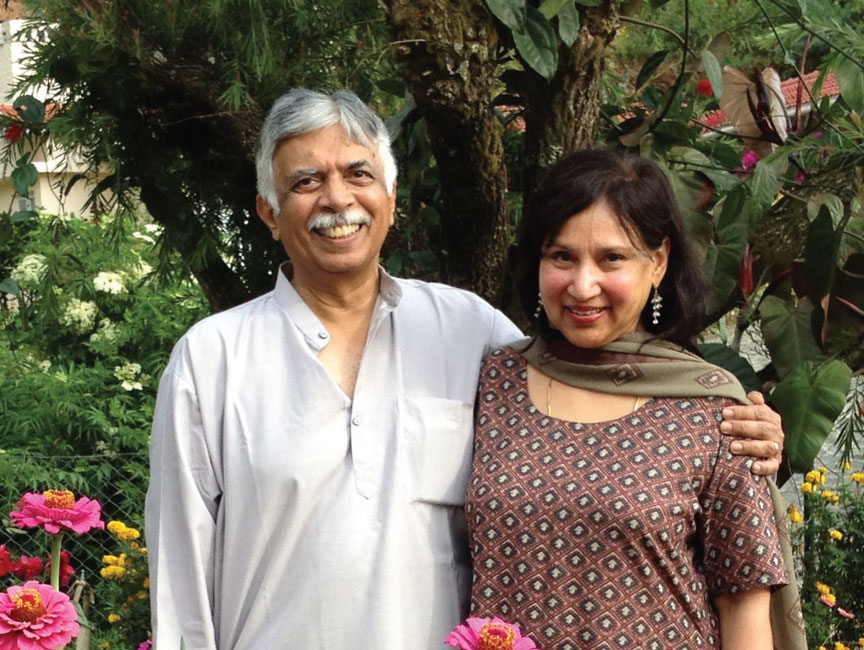 Giving back to their Motherland

On 29 June 2019 The East West Foundation of India (TEWFI) celebrated its 25th Anniversary. Its roots go back to 1992, when Founder, Dr Natteri V Chandran decided to set up a charitable foundation in India and zoned into the part of the country he came from – Tamil Nadu. Alamparai was a tiny rural, coastal village with a seafront location, tucked away between Madras (renamed Chennai) and Pondicherry.

Accessible from Kadappakkam in Edaikazhinadu Panchayat, Alamparai had a population of about 26,000. This has since grown to over 32,000. Most significantly, the health and educational infrastructure and facilities were absent or abysmal—these all ticked Chandran’s criterion boxes.

“As they say it was a ‘no brainer’ to set TEWFI there! Chitra and I named it ‘Uluru’ which in Tamil means ‘land deep inside’. More significantly, it symbolised the Australian connection, the famed sandstone Ayers Rock, also known as Uluru, in Australia,” mentions Chandran.

“Growing up in India I was very conscious of the innumerable inequalities and disparities around; and especially how fortunate I was to grow up in favourable, comfortable circumstances, but always aware that my situation was an exception, not the rule. Gathering like-minded people together, we formed The East West Foundation of Australia (TEWFA) in Melbourne in 1992,” recollects Dr. Chandran.

“Almost simultaneously, I started the stand-alone ‘The East West Foundation of India’ (TEWFI) in 1993 with the personal blessings of my Master Gurudev Swami Chinmayananda. TEWFI was formed because potential global donors and supporters were worried about their funds reaching the intended recipients in India. This was my chance to ensure transparency and governance in India, Australia and USA, and I got the best birthday present in 2016 with the Government of India reconfirming TEWFI’s FCRA (Foreign Contribution Regulation Act) status!” informs 73-year old Chandran. 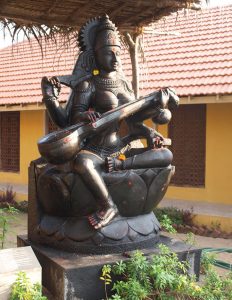 Chandran and his wife Dr Chitra Chandran, migrated to Australia in 1971 and have since been helping with funds for research in leprosy and for schizophrenia care and research in India – “giving back to my mother country for having nourished, sustained and educated me in more ways than one.”

In the early 1990s, while Chandran was in full time in private practice in Melbourne, he often took time off to set up the Indian Foundation. “The constant frustration, waste of time and difficulties with the formalities, legal paperwork, bureaucracy, building in a rural area etc. in those days with poor communication and transport was a nightmare. I often thought of throwing in the towel. But for Chitra’s constant encouragement that if “educated people like me gave up, what chance then would those in need have?” Thanks to her, the Foundation survived!”, he affirms.

TEWFI’s first initiative was the Uluru Health Care Centre built in 1998, which over the past 22 years has provided free healthcare services, improving the health of the entire population of the Edaikazhinadu Panchayat.

With the very high rate of female infanticide in the region, The Uluru Children’s Home (UCH) was built to take in orphaned, abandoned and destitute girls. TEWFI and the surrounding regions were hit by the 2004 Tsunami, during which many children were orphaned. New buildings were built to take in the consequent influx of children. UCH has cared for 157 children since its inception, with 65 children under its care presently. An Australian architect designed the new girls’ residential buildings in the shape of a Mother’s welcoming arms and requested that a statue of an Indian Goddess be placed between. The children collectively chose Saraswathy, the Hindu Goddess of music, art, wisdom and learning. In 2006 Sculptor Dineshram Sirpakkoodam carved the imposing granite sculpture, seven feet tall statue standing on a two feet high pedestal. The children and staff commence each day with her blessings. 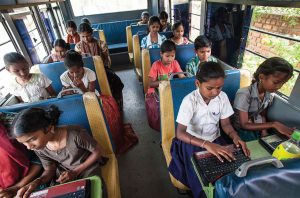 Education has been TEWFI’s prime motive for and around Alamparai. “It is ‘cutting edge’ in rural electronic education. The Computer Wallah Project (CWP) where laptops were taken into the community, was started in 2005, and despite the limitations of poor or absent infrastructure, where charging the batteries etc. were a problem – it has been a huge success with outdoor classes held under trees. Finally, we built a dedicated Computer Centre, the first in the region, in 2007. But problems like not having a telephone line continued! As a large proportion of the Panchayat population could not access the computer centre, in 2011 it led us to innovate the fully equipped eCoW (electronic Classroom on Wheels) bus (sponsored by Cognizant). Kids just hop on for classes. This was actually our daughter Aditi’s idea! Its immense popularity inspired a supporter of ours to donate the second, modernised, improved and solar-powered eCoW 2 bus! Both are making an incredible contribution to rural education, and this concept will be a great educational asset in all rural areas of India,” details Chandran.

“Our strength continues to be the hundreds of volunteers from around the world who support us and give their time, energy and skills to all areas of our work. Many come and stay at Uluru for various periods of time. This program is mutually beneficial, and we would like it to continue in the future too,” invites Chitra.

One of the stars of the Uluru Children’s Home (UCH) is 22-year old Yograj. He and his younger brother were the first two boys to be admitted to the then all-girls home in 2006. “We received a call from UCH about 14 years ago letting us know that elders of a nearby Panchayat had brought both boys there, insisting that they be taken in despite it being an all-girls home. Due to the horrific circumstances necessitating their request, we took them in. Yogaraj has now completed his tertiary degree in Mechanical Engineering and is working in Chennai. He is an excellent Mridangam player, Bharatanatyam dancer, singer and student. A role model for all the boys and girls” says Chitra with a ‘mother’s’ pride.

Among TEWFI’s numerous programs are its own community nursery and primary school with 132 children who get a very diverse start in a ‘Green School’ with access to electronic and visual education from LKG itself. Started in 2015, the languages taught are English, Tamil and Hindi. In 2017 it was upgraded to a Primary school with three classrooms, while two more were added in 2019. The Uluru Coastal Environment Education Centre (UCEEC) was built after the 2004 Tsunami. It provides a template in coastal rehabilitation and restoration by using its work on Foundation land as an example.

A novel anecdote was initiated in the 1970s when a friend left her large library of books with Chandran, he was entranced with her books on Zen Buddhism. He learnt that Bodhidharma, the founder of Zen, was born in Kanchipuram and was a son of the king there. “India had forgotten the 5thcentury Buddhist monk. He says, “I feel honoured to have been instrumental in bringing ‘Bodhidharma back home’ after 1500 years! The eye of the first stone statue for Bodhidharma in India was opened in 2009 on the TEWFI premises personally, by The Venerable Gisho Watanabe from Japan.”

The past three years have seen considerable growth at Uluru with the opening of the Health Care Centre’s addition of enlarged patients’ waiting area, an operating theatre with two operating beds, Consulting room and an examination room in 2018. In 2019 a new bridge and 1 km access road (Castan bridge and Avenue) was inaugurated leading to the Foundation.

“Since its inception in 1993, TEWFI has been a unique ‘one of a kind’ NGO that has engaged one deprived rural community and over the years made a positive difference there with Healthcare, Education, Child Rights and Welfare, Community Development and Environmental sustainability. Our vision for the future includes middle and high schools, vocational training centre, sports ground, arts school and an open-air performance centre for the entire community. Meanwhile, we are spreading our network of supporters far and wide, resulting in the July 2019 Inauguration of The East West Foundation of UK (TEWFUK) in London,” signs off the Founder.

AMITA SARWAL
Amita’s 45+ years as a freelance journalist encompasses writing for numerous magazines and newspapers in India and abroad. While in Singapore, she was Editor at Editions Didier Millet for pictorial encyclopaedias and other publications. Her personal favourite remains ‘The Spirit  of SKV’- Chronicle of a Girls’ School written to mark the Golden Jubilee (2006) of her alma mater Scindia Kanya Vidyalaya, Gwalior. Currently, she features Changemakers /Unsung Heroes –“to showcase their exemplary work.” Yoga, social work, reading and collecting varied Lord Ganesh, interest her.

Minimalism in the times of Consumerism