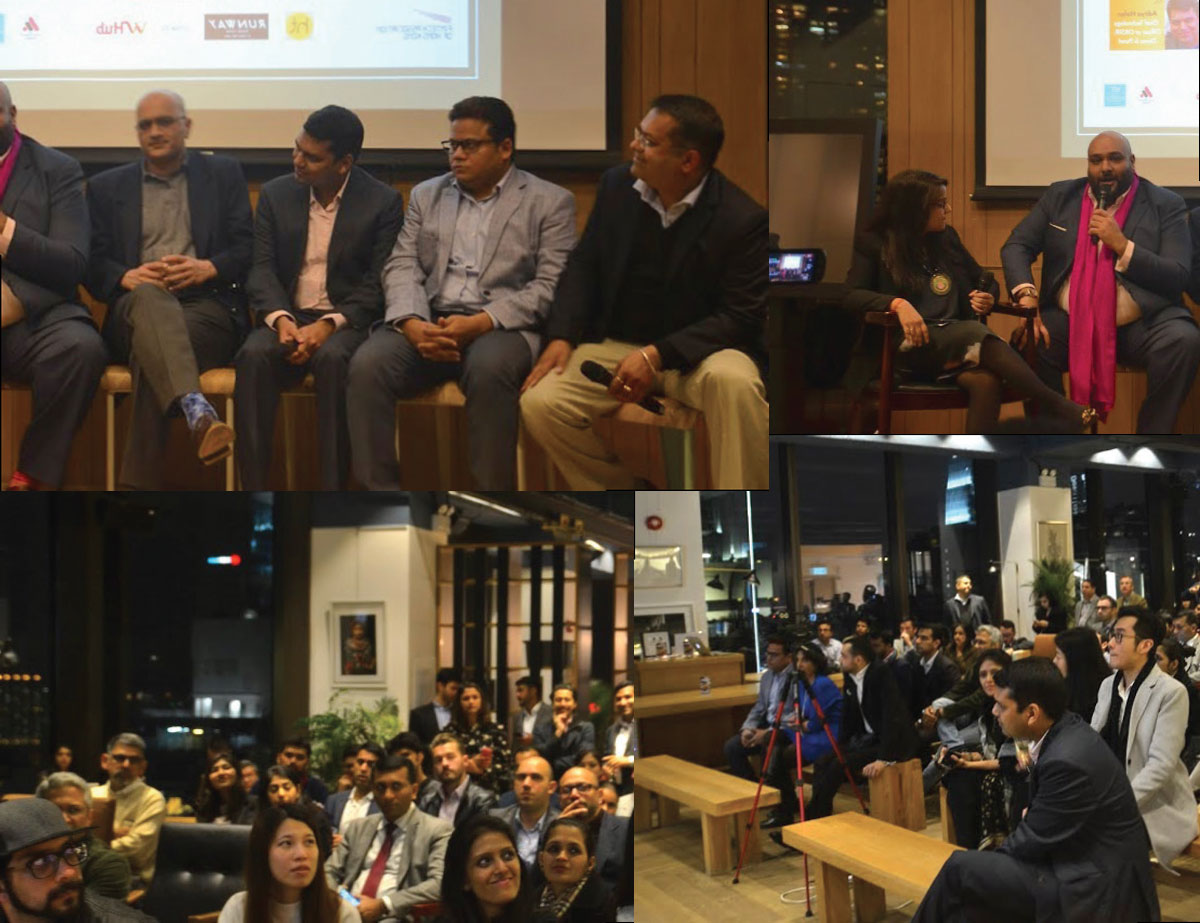 THE INDIATECH HK IS A COMMUNITY INITIATIVE TO SERVE AS A PLATFORM FOR ENGAGING INVESTORS AND INDIAN STARTUPS, BOTH IN HONG KONG AND IN INDIA.

We aim to increase awareness of the Indian Startup ecosystem in Greater China among those who have an interest in Indian tech scene, including the Indian diaspora in the region, and want to take part as entrepreneurs or investors.

IndiaTech HK hosted its maiden event on Monday, January 29th 2018, at Mettā, the hip and classy space for entrepreneurs in Central.

Musheer Ahmed, General Manager, Fintech Association of Hong Kong and member, UN ESBN taskforce on youth and women entrepreneurs, began the proceedings with an introuction about the community and the nights’s run down.

Next was a keynote by the founders of Medici, one of the top 5 Fintech influencers in Asia, on Digital India and key elements of Indian Fintech. Aditya Khurjekar, one of the founders and an experienced technology entrepreneur, introduced the audience to Medici’s concept of SCALE = Scouting, Screening and Scoring, Collaboration, Accelerated Growth, Listening and Engagement. He emphasized the importance of small startups working collaborating with the larger companies in the industry, rather than trying to disrupt them. Amit Goel, the other founder and the technical expert behind Medici, pointed out the impressive achievements by various Indian companies, especially with the aid of India Stack, an open-ended set of APIs that is powering the fintech transformation in India. He provided examples of companies, big and small, banks and non-banks, working in various parts of the ecosystem. Lastly, he expressed optimism about the future of fintech in India, especially evidenced by growing interest by Chinese investors.

The keynote was followed by demos by three Hong Kong based Indian startups = Meraki, OKSir and Innowear. Yosha Gupta, founder of Meraki, explained the history of her one year venture to customize and upcycle luxury products into beautiful unique items, with the help of underprivileged Indian artisans. Aditya Halan, CTO of OKSir, introduced the company’s idea and product,  which is a convenient way to access various service professionals like across Hong Kong. Chandan Sethi, founder and CEO of Innowear, showcased the smart wearables, which helps users to track multiple health metrics, that his company retails across Hong Kong.

The highlight of the event was a panel moderated by Yosha Gupta and featuring the key note speakers, the above entrepreneurs, as well as Sid Mewara. Sid is the CIO of Capital Union Investments,
a family office with deep expertise and experience in investing in companies across the spectrum of sector, stage and geography, focused on Asia. Panel members discussed the benefits and  drawbacks of starting up in Hong Kong versus India, concluding that each location had its own merits. This was followed by questions from the audience about startups, investing and Hong Kong, which were answered by the different members of the panel.

At the end of the panel, audience and panel members began interacting oneon-one and exchanging cards… and ideas. The event continued into an after party at Runway on Wyndham Street, where curious folk were seen discussing intently late into the night.

Overall, the event saw a packed house with enthusaitic participation of individuals from all walks of life. The second event planning is already underway. To know more about and be a pat of the community, you can visit www.indiatechhk.com

Aditya Khurjekar, one of the founders and an experienced technology entrepreneur, introduced the audience to Medici’s concept of SCALE = Scouting, Screening and Scoring,  Collaboration, Accelerated Growth, Listening and Engagement.