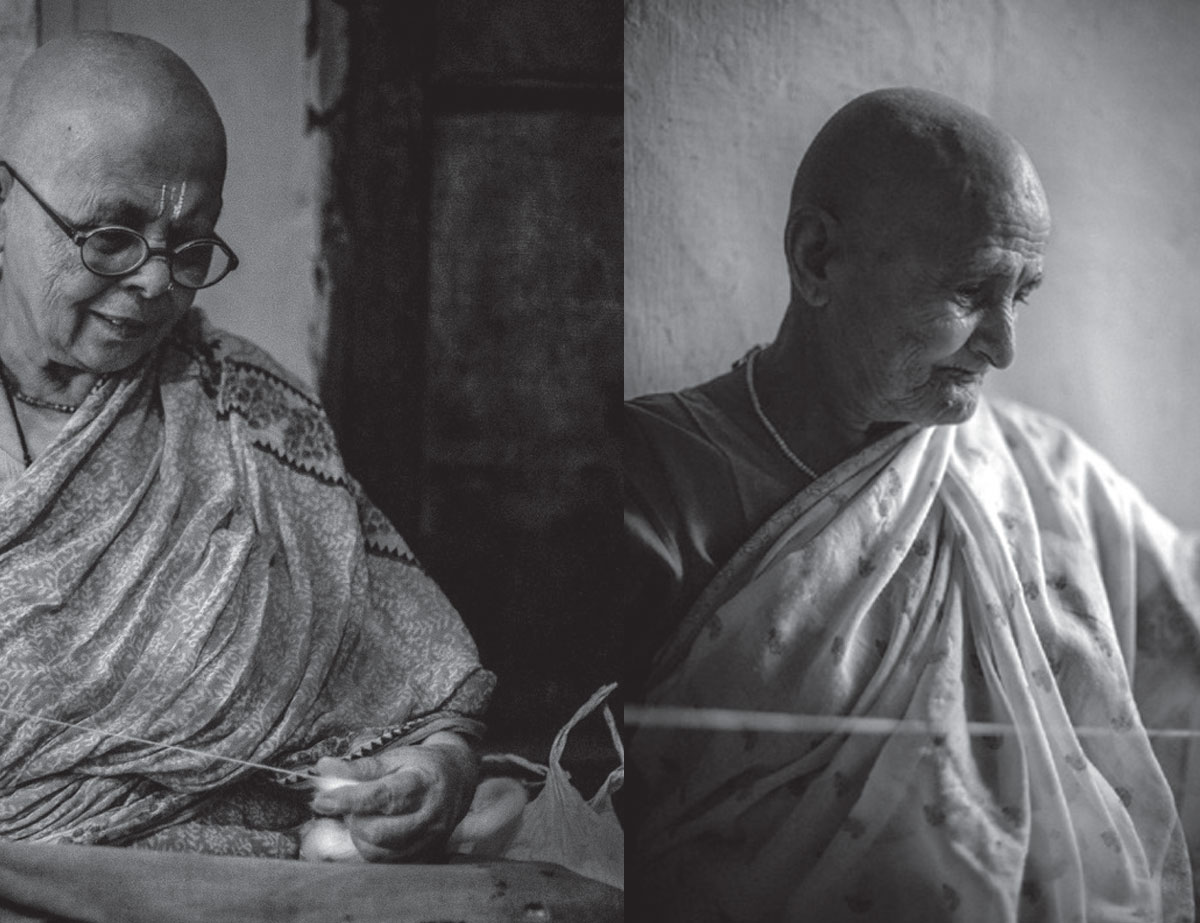 A tranquil morning spent with markedly some of the strongest souls ever come across. – By Sonali Devnani

After having heard so much about the ashrams in Varanasi, I visited the renowned banks of the Lalita ghat. Home to hundreds of widows who are condemned by local communities and abandoned by their families deemed as ‘cursed’ During the older days, when the patriarch of a family fell to his death, his wife would follow the deceased to his burning pyre, an ancient ritual known as ‘sati’. The tradition still carries the hues of ill luck and widows are left to fend for themselves. Widows have resorted to ashram living, surviving as devotees or by means of alms begging.

I walked along the winding streets of the ghat and entered the “Nepali widows ashram of Varanasi” by permission. The passage way converged into a narrow fleet of stairs with very dim lights leading up to the corridors of about 6 rooms, each one inhabited by a widow. Inside the rooms, the lights were as dim as the corridors and ventilation inadequate, the atmosphere was somber enough.

Surprisingly one would have expected a sea of melancholy, bit the attitudes and grace of these widows was astoundingly one of gratitude of the shelter and food provided by the ashram. They are also provided medication and clothing, and basic necessities thanks to NGO’s with a mission to raise funds towards their livelihoods and the goodwill of tourists who donate charitably.

Widows of younger ages or healthy spend their time knitting and sewing, then sell handmade products to non profit organisations who help them raise money whilst others spend time in prayer
and meditation.

As a photographer enthusiast, I could not bear to capture what to me was more of their private space, what they call their home, where they shall live out their lives as wives of the lesser god.

although they are not allowed to commit “sati”,the traditional practice where the wife jumps in to the Burning pyre of her husband, they are still meant to mourn until the end of their lives.

CANDLELIGHT PROTEST & PETITION FOR SAFETY OF GIRLS IN INDIA

aTavola – A PERFECT PLACE TO EAT ON A LAZY DAY