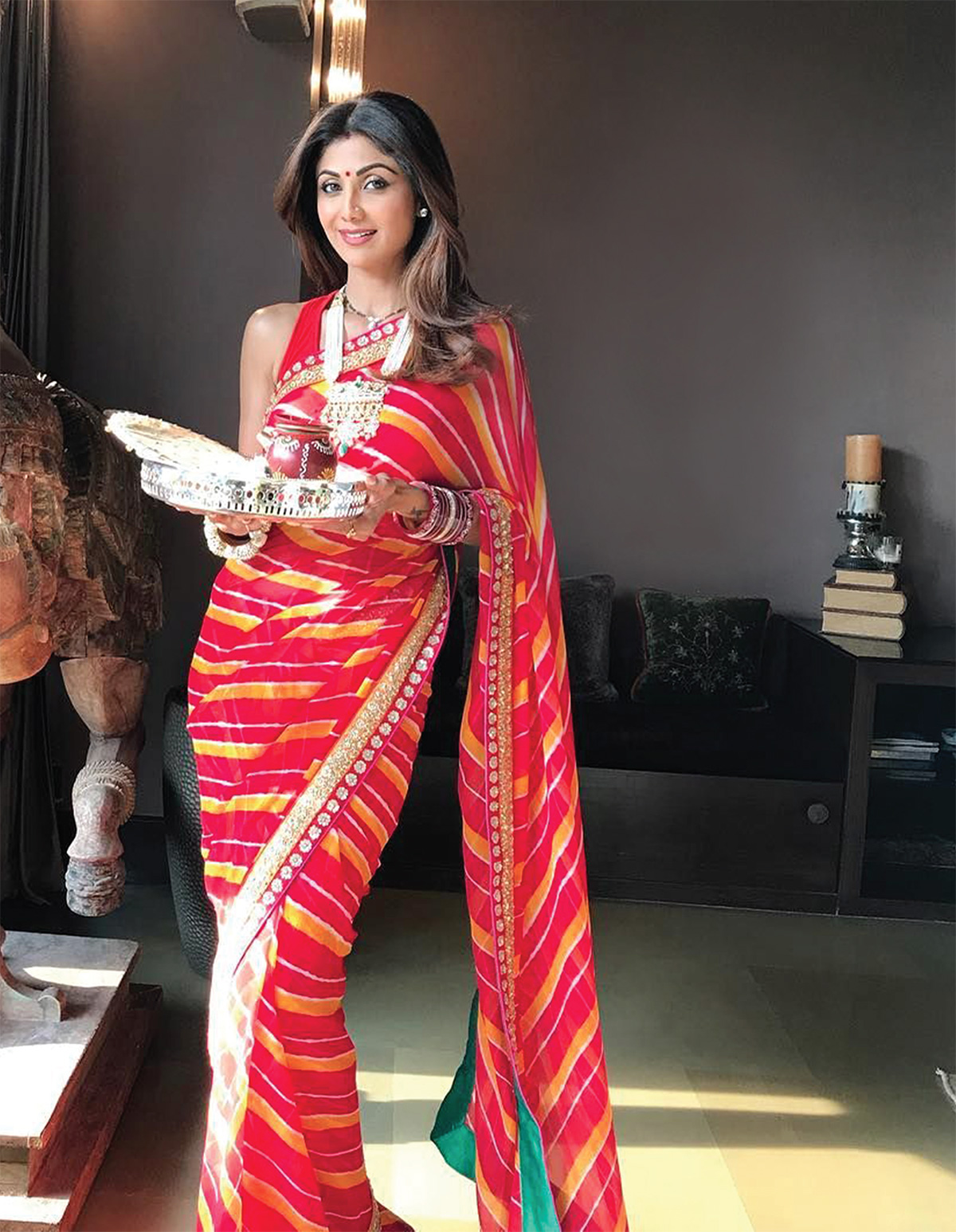 Karwa Chauth Isn’t About the Men! 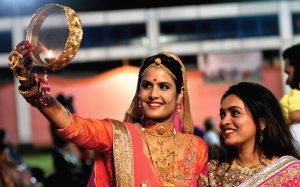 Kajol might have perpetuated the popularity of Karwa Chauth but its origins can be traced to the times when it began as a custom signifying the relationship between two women. In the olden times when girls were married off at a very young age, the bride on reaching her in-laws home would befriend another woman who would then be like her soul sister, a kangan-saheli or dharambehn, for life and their friendship would be solemnized in a ritual. It was a mutually and immensely beneficial bond of emotional and moral support to young girls in a time when communicating with their parents and friends was difficult and it meant that they had each other’s support in times of hardship. Both girls would be more or less the same age, married in the same village and the friendship was celebrated each year in the form of Karwa Chauth on the fourth day of the ‘Karthik’ month according to the Hindu calendar. ‘Karwa’ means earthen pot, symbolizing peace and prosperity and ‘Chauth’ refers to the ‘fourth day’.

Prevalent in the Northern and Western parts of India, another theory also is that Karwa Chauth was observed at the time of the year when people customarily undertook long-distance journeys and left for military assignments. So the women in the Sapth Sindhu region kept the fast for the well-being and prolonged life of their husba 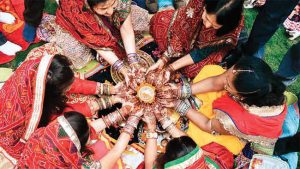 nds who were away from home. A different theory states that since it was the sowing time at the onset of the Rabi crop season, the concept of fasting might have started as a wish for reaping a good harvest in the wheat sowing regions and the name came from the big earthen clay pots known as ‘Karva’ in which people stored the wheat.

In time though, it drifted away from its original meaning and many legendary tales became associated with this festival. The earliest reference of Karwa Chauth can be found in the Mahabharata. As per the story, Arjun went to the Nilgiri Hills to offer his prayers, accompanied by his wife Draupadi. On the way, Draupadi was overcome by great fear of being alone in the forest and invoked Lord Krishna to help her out of the grave situation. He appeared before her and cited the example of Goddess Parvati who in a similar situation had asked Lord Shiva’s help and was
advised to observe a fast on Kartik Krishna Chaturthi to ward off evil.

Krishna advised Draupadi to do the same and assured her it would also ensure the victory of the Pandavas.

As it happens often, with the passage of time, customs and rituals evolve into an unrecognizable form of their genesis. Today, Karwa Chauth
is observed as a day of fasting for married women for the long lives of their husbands. My part in the moon story started over two decades ago when I got married. Being from a North Indian family and marrying into the same, Karwa Chauth was observed with equal enthusiasm and fervor on both sides. So, it wasn’t even a question when my turn came, despite the fact that I am a very non-ritualistic person who has always
believed that faith is in one’s heart and deeds rather than in rituals and customs. Why then didn’t I question this ritual? My answer is that it was sheer conditioning. So, my first Karwa Chauth fast was when I was barely married a fortnight.

I was at my in-laws home and went through the expected rituals of waking up at 4 AM to eat the sargi; going without water all day; dressing up for the evening puja to pass my thali while reciting the katha (story); waiting restlessly to sight the moon and say prayers for my husband. Done and dusted I thought that night! It hadn’t been so hard after all despite it being the first time I had ever fasted in my life. And so it carried on for three Karwa Chauths until the fourth one. That’s when I got thinking about the sheer logic of this fast, or to my mind, the sheer lack of it! 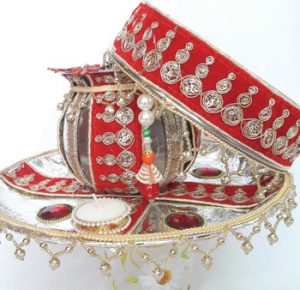 It was simple really, I loved my husband and I wished and prayed for his long life and happiness every single day and not just once a year. How was keeping a fast one day in a year more important than what I wished for him through all the 365 days? The part that the Moon played in this troubled me as well. I mean, how could it play a starring role when I knew what it was about thanks to the footprints left behind by Mr. Neil Armstrong?

Over and above all, if my faith was so strong that I didn’t need to express it in performing rituals, then why this one? I questioned myself and the social conditioning that came with following rituals. Is it the fear of the unknown and concern for our loved ones that stops us from questioning customs that have lost their meaning having moved away from their essence?

Karwa Chauth began as a celebration of the perfect social support system to reinforce and renew the bonds of friendship between soul sisters. It was a celebration of feasting sans fasting, not unlike the presentday BFF celebrations and in that spirit, its relevance remains to the present day. I’m not sure, however, if its modern-day avatar of being a day dedicated to the well-being of the significant other half involving starvation and dehydration has its heart in the right place. Ask my husband, even without keeping the fast, I do that perfectly well 365 days of the year.

As it happens often, with the passage of time, customs and rituals evolve into an unrecognizable form of their genesis. Today, Karwa Chauth is observed as a day of fasting for married women for the long lives of their husbands.

– By Rashmi B. Nayar

How warm is your fire?