My way back home 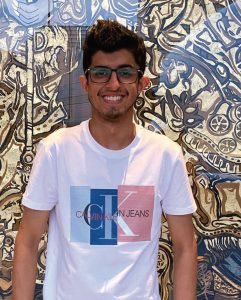 Hi, my name is Aryan Dularamani, and I have just finished 12th grade. I am pursuing a degree in hospitality management and am an active member of the Model United Nation Circuit in the Bangalore Arena.

I have been studying in a boarding school in Bangalore and finishing my IB. When the pandemic started in the world earlier this year, we were all in school going through our daily routine. Cases in India began to rise early March, with only a handful of cities showing COVID cases.

On March 17th 2020, the education bureau in India asked all students to evacuate the school for a total of 15 days (at that point of time). I thought of returning to Hong Kong, where I reside with my parents; however, the next morning, there was news that OCI (Overseas Citizen of India) cardholders were being temporarily banned from entering the country. We were scheduled to give our IB exams in May this year, and given that the exams were not cancelled at that time, I decided to stay at my relative’s house for what I thought was a matter of 2 to 3 weeks in Coimbatore.

The morning of March 22nd, the Prime minister of India further stated that all international flights were suspended and the very same evening I got the news that my exams were cancelled. I was distraught as I couldn’t go back home and neither could I go to school. Over the next two months or so, I stayed at my relative’s place, and they took really good care of me. I was lucky to have a home-like place in India to stay, but not having the company of children my age and being away from my parents during a time like this, really made me miss home.

I would be lying if I didn’t admit that with everything happening, my anxiety and stress levels were quite high at the time. The last 15 days before I flew back to Hong Kong were the toughest since there was a lot of uncertainty and confusion. There were just a couple of repatriation flights being organized from India to Hong Kong, and no clear rules were given by either of the governments. I got to know about a chartered plane from Mumbai to Hong Kong on May 30th and decided to book myself on it. I booked a flight on May 27th to leave from Coimbatore to Mumbai, but that flight got cancelled, and I had to book another flight the next day. I finally left on May 28th, knowing that on May 30th in the morning l would leave India after a total of 70 days in lockdown. Unfortunately, things didn’t go as planned, as 12 hours before the scheduled departure; the chartered flight got cancelled. Being an 18-year-old, in Mumbai, a city unfamiliar to me, all alone in a hotel was a scary experience for my mum and me. She worked on finding alternatives with one of them being for me to go back to Coimbatore. But after trying day in and day out with sleepless nights thanks to my “never give up” mum, I finally got the June 2nd flight out of India. This flight too got delayed due to the cyclone in India, but eventually took off.

This journey to make my way back home lasted from March 17th to June 4th. It was a roller coaster ride, but it made me more grateful to be able to get back home to my parents and friends.

Making our way back home