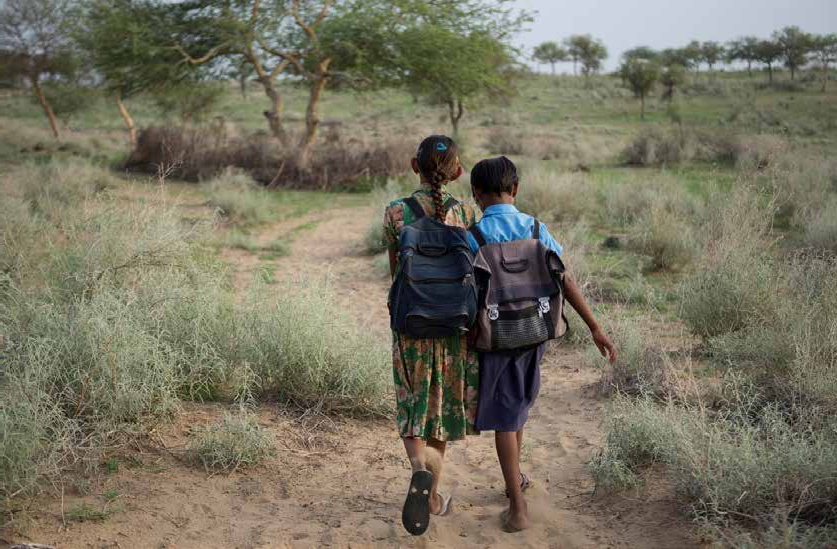 Do you ever ponder what factors have helped you become the person you are today?

Raised in a neighbourhood without any boundaries, privacy was an alien concept. Invading one’s privacy was unheard that’s the neighbourhood I am used to; everyone’s problem became everyone’s business. Right or wrong, we were considered one big happy family.My childhood was a bag full of adventure and excitement. Every morning there were people to meet, places to be, and things to do, there was never a boring moment.

My surroundings were horizontal rows of homes to 20 odd families in central Bombay, who were both my neighbours and extended families. Being away for more than four decades, I still make it a point to go back and visit my roots. As I enter, they welcome me with open arms as if I had never left. Out of wonder, I often ask myself; how has this bond been created?

Without hesitation, I would snatch the long plastic black comb from my mother before rushing to school, as nobody could plait my pigtails neatly as my next door,fashionable aunty Kamla. We all knew the signature dishes of each home and would invite ourselves to the delicious whiff of the delicacies being prepared.

The yummiest Rajma of Kiran aunty, the finger licking Biryani of Sheela aunty, my amazing godmother, aunty Chitra, was known for her mouth watering jelly which she made from scratch. Not to forget, late aunty Hassi, the iconic movie actress of Sindhi cinema and a very close friend of my grandmother, secretly fed me boiled eggs and convinced me it was vegetarian. I say “secretly” because I was born into a strict Brahmin vegetarian household. The scolding I received years after my father discovered has left a deep impact in my life.

The first monsoon rainfall of the season was considered therapeutic because we looked forward to singing and dancing in the rain while being oblivious to the outside world.

The blooming flowers, the colourful butterflies, the aroma of the fertile soil still bring back lovely memories. While being carefree and strolling with friends with no worries in the world, I knew at the back of my mind that someone was always watching over me and ensuring my protection.

Today, I often question our purpose. Have we brought our own desires and created our destinies? Looking back in wonderment my neighbours undoubtedly helped build my character, my morals and ethics. However, was I destined to be raised amongst these people in order to develop these traits, evolve to become a better person and feel at home wherever I go?