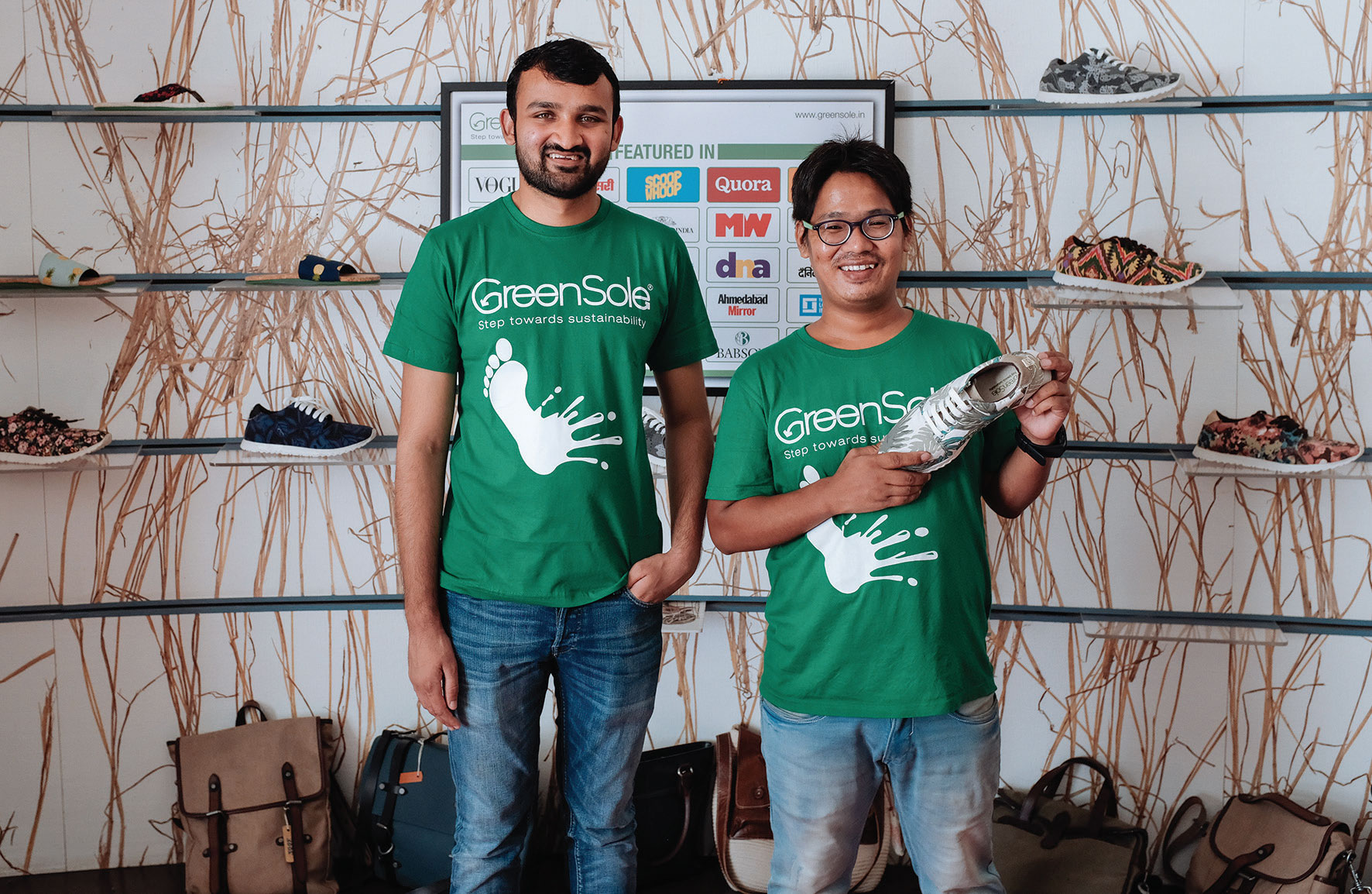 Two dynamic, young entrepreneurs, both from diverse backgrounds, pioneered an eco-friendly enterprise by recycling old shoes to provide footwear for the unshod in India. They have ensured that it also makes an environmentally-friendly social impact.

The latter, 26, when eight, ran away from his home in Uttarkhand, and he survived in Mumbai aided by the Sathi Foundation. He aspired to be an actor but instead became a fitness coach and a national
level marathoner.

The running mates met in 2012 at Mumbai’s Priyadarshini Park – which led to a common thought. Refurbishing old shoes into comfortable, practical footwear.

“An estimated 20 billion pairs of shoes are produced globally each year, and nearly 350 million pairs are discarded annually in the USA alone. Yet, according to World Bank statistics there are over 1.5 billion people worldwide without footwear who are infected by diseases,” introduces
Shriyans. Ramesh recollects how the idea ‘sprouted’, “I couldn’t throw away my old running shoes. They were too expensive.

Instead, I modified them into slippers.” “We were too young when we started Greensole in December 2013. I was 19 and Ramesh, 20. Not having any prior knowledge of footwear manufacturing or designing, it was not easy to run a factory or negotiate deals, especially in this labour-intensive sector,” the CEO continues. 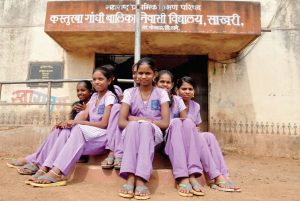 The company’s graph started looking upwards after 2014 when Shriyans participated in a competition at the Entrepreneurship Development Institute of India (EDII), Ahmedabad. “They asked us to write about our target market, potential customers and the impact we could make. We were selected among the top 30 innovators in India. That is when we realised there was a commercial potential that could be turned into a business venture,” he says, then a third year student at Jai Hind College, Mumbai. Shriyans initially pumped in Rs.1.5 lakh of his family money, and simultaneously he and Ramesh won, first, the business competition at Jai Hind College followed by the Technology and Sustainability Award at Eureka; Asia’s largest B-plan competition at IIT-Bombay; and the second position at Ridea National B-plan. These victories have since been Greensole’s main funders. Greensole has also received two industrial design patents (D262161 and D262162).

The head office and flagship Mahape factory in Navi Mumbai is in partnership with Ram Fashion Exports. Further, thanks to Ratan Tata’s interest in Greensole, after he responded to Shriyans’ letter (2015) and email on separate occasions, in 2018 Tata Steel sponsored the facilities and machinery in their Noamundi, Jharkhand plant. Six people are employed and are upcycling about 1300 units every month and creating jobs for the tribal community. Along with that, more than 100 people are being skilled in footwear manufacturing every year with potential
to get jobs in other footwear companies.

Two more skill centers in Maharashtra near Mumbai, and in Rajasthan, Eklingji, Udaipur, are doing similar work. Acknowledgment has come in the form of President Obama’s letter. “I had written to the former President while I was at Babson and gifted him a copy of ‘Birds of Aravallis’. He and First Lady Michelle Obama sent a thank you letter in response.” 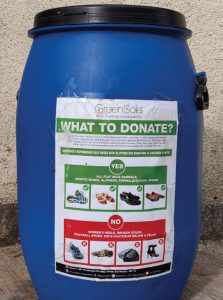 Greensole’s publicity is mainly via media coverage in numerous newspapers and magazines, participation in talk shows including TEDx Youth WASO, talks at MIT, Harvard Kennedy and various environmental forums. In the pipeline are plans to get celebrities to donate their shoes which will then be refurbished and auctioned online.

“Greensole shoes and slippers are available to individual buyers online from the website. We were exploring export opportunities to retail Greensole brands in the USA and Europe, as well as cobranding with established companies for our upcycled footwear range. But COVID-19 has put a halt on this for now,” rues Shriyans.

“For donating Greensole shoes to support the needy, we are updating our online channels and websites so users can buy shoes as well. Greensole also invites established shoes brands for tie-ups in order to put to good use the 0.5% (7.5 million) shoe wastage, which are due to defects,” says Bhandari. Looking back, Bhandari admits, “Life hasn’t been all smooth. We have overcome hurdles – including convincing family, friends, college authorities and other backers of our serious intent!” A novel platform which garnered media attention was Greensole’s participation in both Lakme Fashion Week Summer and Winter 2019, in partnership with Tilla and A&T respectively.

In retrospect when asked what the complexities and big challenges faced recently and overcome were, Shriyans answers: “There are a lot of established footwear brands in the market, thus we need to take small, careful steps to become main stream with lesser resources – but, critically, in lesser time. We are using these brands as platforms by co-branding and entering multiple stores. Looking at multi-retail outlets instead of our own stores, which is presently not feasible. We also have to work towards creating something unique constantly, and we need to educate the customer to buy our footwear and not a brand which is neither socially or environmental good. Currently, all brands have started moving towards sustainability, and thus the availability of sustainability material is also increasing. We are working on new technology which would make use of 15 percent waste leftover after upcycling. This will be reused as footwear soles, floor mats and other varied products.” Finally, the founding CEO’s concluding appeal to the ‘Beyond the Boundaries’ readers is: “Next time you – or your friends and family – are discarding your shoes, do think of donating them to someone who could use them instead. Orsend them to Greensole – a project very close to our hearts.”

“Having donated 302,000 pairs of footwear till date in 13 states pan-India, our beneficiaries are primarily India’s rural school children. A great positive for Greensole will be when we touch the 10 lakhs footwear mark by next year, which would have saved roughly 50 lacs CO2 Emissions (lbs). (Calculated using software GaBi 2.0),” Shriyans affirms.