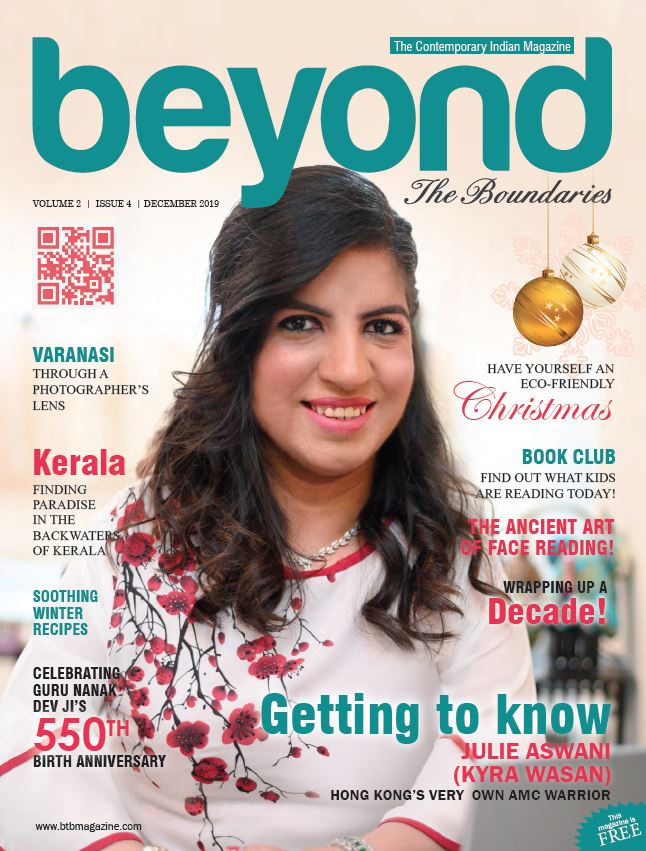 The world is full of warriors and you will find Julie Aswani (Kyra Wasan) to be exactly that, a warrior in her own right. Her story won’t just leave you inspired, it will resonate with you and take up a permanent place in your heart. 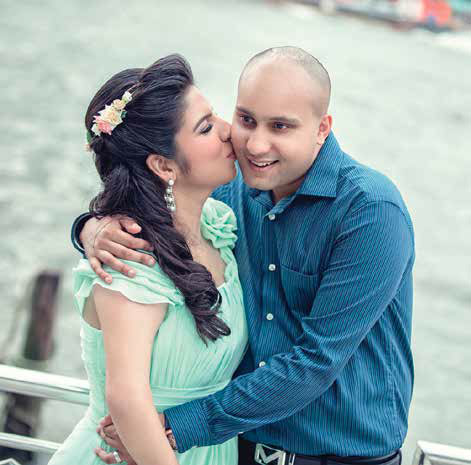 Born with a rare condition called Arthrogryposis Multiplex Congenita (AMC), which affects 1 in 3000 live births, the little girl who took her first step at four years has come a long way to become the leading spokesperson for AMC in Hong Kong.

A proud Sindhi, Julie was born and raised in Hong Kong, the city her parents migrated to and have called home since the 1970s. The youngest (and naughtiest) of two siblings, she was homeschooled till the age of 4 because of the frequent hospital visits required during her childhood. Dealing with physical pain and surgeries (her first when she was only 15 days old) was far from easy, yet when asked, Julie says she had as normal a childhood as possible thanks to her parents.

From homeschooling to providing physical and mental support, Julie doesn’t hold back in giving credit to her parents for constantly encouraging her to do more and better. Her entire family, including her two elder siblings, have been the rock solid foundation that she has built her life on. As Julie recalls happy memories of the family celebrating Diwali together and playing with her childhood friends, one can sense the gratitude she feels for all the love and support she has had in her life. She counts her childhood doctor, Dr. Chan as one of her biggest supporters and inspirations as well. 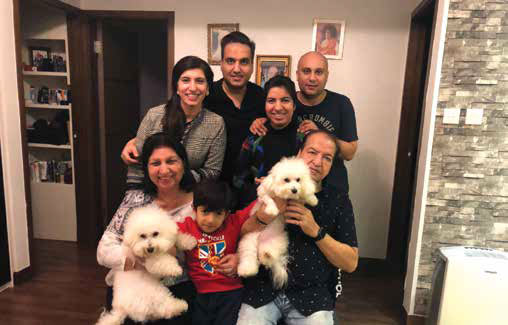 To explain the condition a little further, AMC stands for Arthrogryposis Multiplex Congenita, which is the development of nonprogressive contractures that affect one or more areas of the body prior to birth.

In simpler terms, the joints are curved and have limited movement. Although it is an incurable condition, it can be improved with surgery and physiotherapy.

As the severity of the condition varies from person to person, there are many challenges that a person affected with AMC goes through. Young people may suffer from hip dislocation, clubfeet, and hands, facial deformities, abnormalities of the spinal cord, respiratory and cardiac disorders, abnormalities of the genital tract and skin disorders.

Julie herself experiences a lot of stiffness and pain in her joints, which unfortunately seem to be getting worse as she grows older. She often encounters blackouts, which causes her to lose her balance. “It gets me tremendously worried as I need help getting back up my feet. But I try not to think too much about the future and think positively,” says Julie. 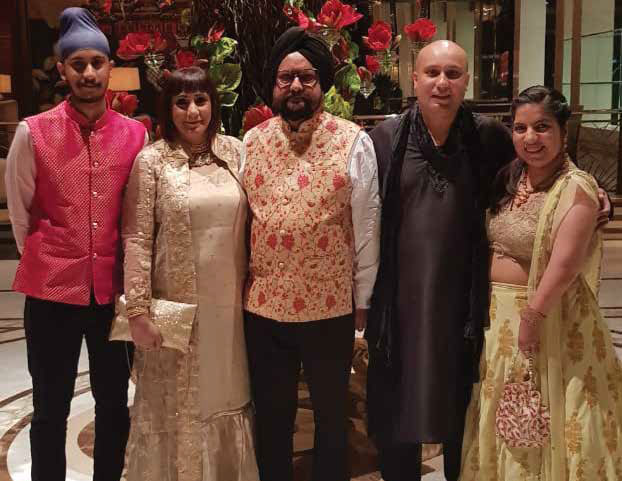 There are many support groups in countries like the USA, the UK or Australia, but Hong Kong lacks any kind of organizational support and support groups. This is why Julie’s mission is to spread awareness and build a support structure for people with AMC in this city.

“At times, it gets depressing as I would love to meet and share my experiences with someone who has a similar condition as me. When I walk out of home, I usually get a lot of stares because people are curious to know what happened to me. By raising awareness about this condition, I hope more people can learn about AMC.”

To further her cause, Julie held the firstever event for AMC awareness on the 30th of June this year (June 30th is AMC awareness day). The event turned out to be a great success with a turnout of almost 100 people (she was expecting 40). People came wearing the color “blue” which is the international symbol for people with disabilities to express their solidarity for the cause. The event which had performances, henna art and face painting for the attendees received a lot of positive feedback. For her upcoming event in 2020, Julie hopes she can encourage even more people to come out and show their support. 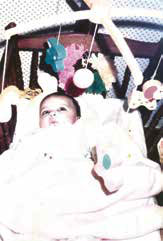 Currently a teacher, Julie has completed her Master’s degree in Counseling and she hopes to help people, especially children who experience anxiety and depression through her work as a Counselor. Her aim is to help in breaking the stigma around mental health. Fortunately, she isn’t alone in her endeavors and is supported wholeheartedly by her loving husband who is her pillar of strength and motivates her constantly, as also her in-laws with whom she shares a wonderful relationship.

In coming out openly and talking about the condition, Julie hopes to kill the stereotype that people with Arthrogryposis cannot function like the rest of the population. “I do not let AMC define me.” By teaching herself new ways of doing simple things, like using the wall to support her arms so they can be lifted higher while doing her makeup, she is proving that AMC doesn’t have to limit what you do more than it does. 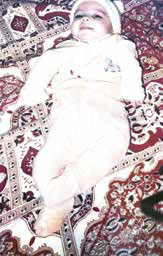 She wants to help people of all ages with various disabilities to embrace and love themselves for who they are and to motivate them to discover their talents.

When asked about the one message she would love to send out into the world, she replied almost immediately saying, “There is nothing wrong with being born with a physical challenge and I honestly don’t remember telling myself I can’t do something because of this reason. 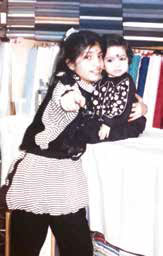 Many people think it is that belief that has made me achieve all that I have, but it’s not true. The real secret to my success and positive state of mind has been to ask myself how I could make a difference in this world instead of thinking about why I was born like this. I could have chosen to dwell on my condition and focus on my hardships but I chose to look at life from a different perspective. I believe that’s the key to overcoming any difficulty. If people can take away anything from my message, it should be this – “we are able to create our own reality and the choice to fill our reality with sadness or to make it amazing, is completely up to us!”

Editors Picks- Our guide to gift-giving this season