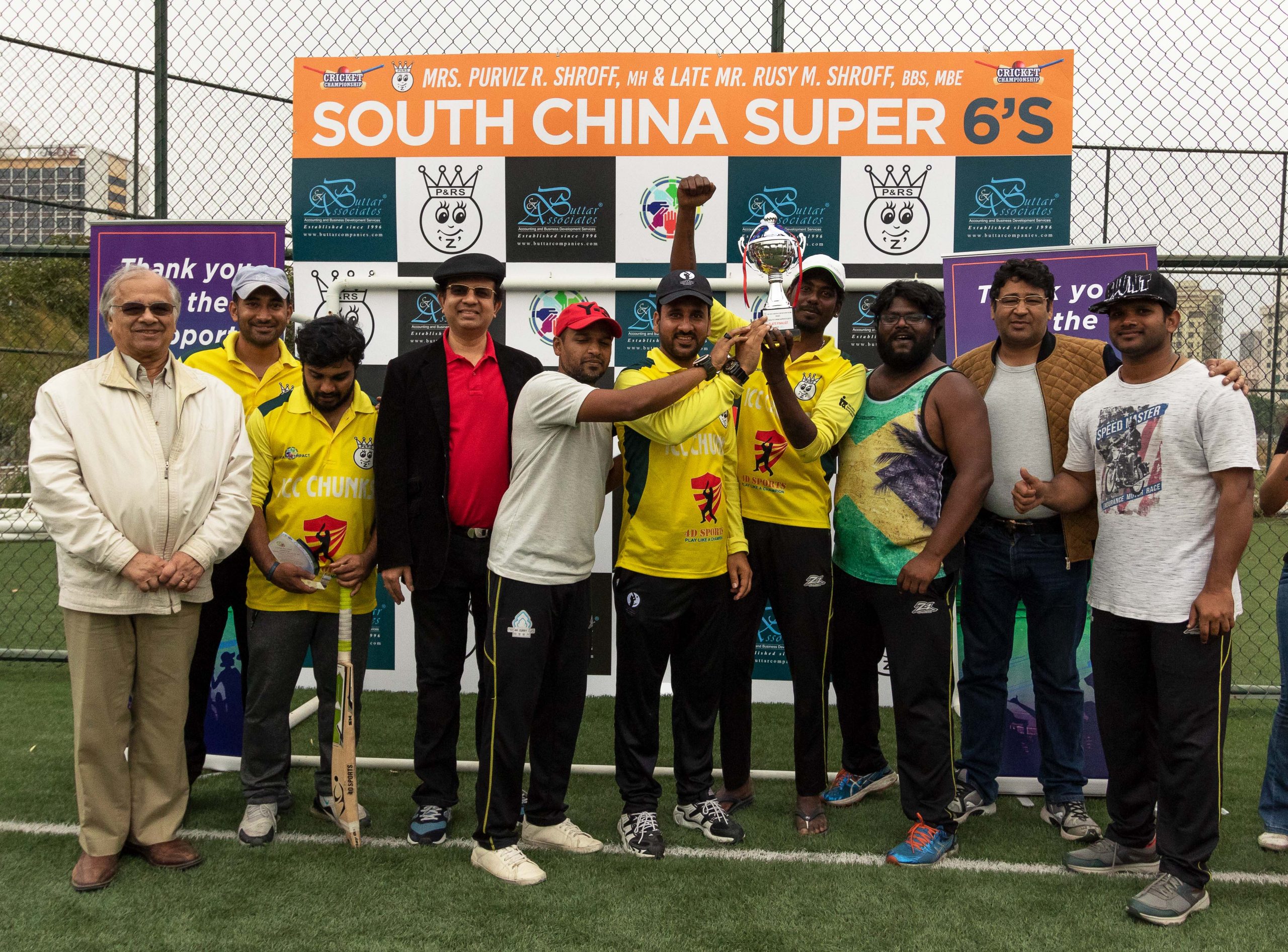 It all started with a game between with Guangzhou Challengers VS Shenzhen Warriors Blue and ended with World X1 VS Hong Kong Avengers. The former claimed the title of Champions and latter as Finalist. There were also Plate Winners and Finalists title which was claimed by Shenzhen Warriors and ICC Chunkz respectively.

It was the first such event to be held in South China where cricket is growing dramatically, not only in terms of players but tournaments and leagues too.

Saturday was for Group games with eight teams divided into four groups and playing against each other. Both eventual finalists topped the groups and became the teams to watch for.

The knock-outs on Sunday were entertaining. Hong Kong Avengers gave solid performances in Quarters and Semis to enter the finals as firm favourites with clean record in the tournament. World XI came back strongly after losing their final league match against Hong Kong Smashers by beating them convincingly in the Semi-finals. The Semi -final was dominated by Tanwir Afzal as he knocked the opponent out with his brilliant performance.

The final between Hong Kong Avengers and World XI was surely between the two best teams of the tournament, one representing Hong Kong, another Shenzhen. Tanwir came out all guns blazing and hit four sixes in the first over to set the tone. Paventhan played a Captain’s innings and Junaid proved his true value to the team as he bowled a great opening spell by getting rid of opponents two good batsmen putting a serious dent into the chase. Ismail and Iftikhar did their best for Hong Kong Avengers, but the score was out of their reach.

For more stats, summary and recordings of each game, please click the link below.
https://cricheroes.in/tournament/86746/South%20China%20Super%206s#Matches