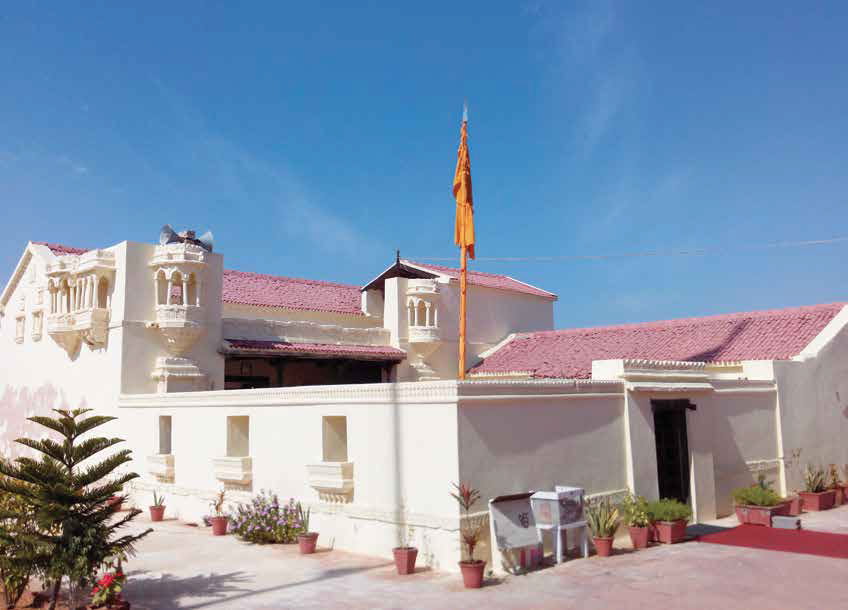 “Sometimes, you have to go back to where it all began to find yourself again, returning to where you came from to feel some things again.” I had written these words on my Instagram post with a picture of the Lakhpat Gurudwara in 2015 when I first travelled to Kutch. 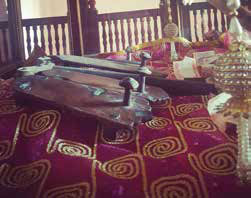 At the time, I wasn’t even aware of the existence of the ancient fortified town of Lakhpat, let alone its importance. Driving some 140 km from the city of Bhuj to the far northwest corner of Kutch, Lakhpat makes for an imposing sight with its massive 20 feet high walls rising up against the stark landscape of the Great Rann of Kutch on its east and Kori Creek on the west.

A flourishing port between 1750 -1820 A.D. Basta Bunder as it was earlier called, prospered as a major trading port between Gujarat and Sindh, exporting rice, timber, textile, etc. In fact, according to popular folklore, the town’s name changed to Lakhpat because of the number of millionaires or ‘lakhpatis’ living there. 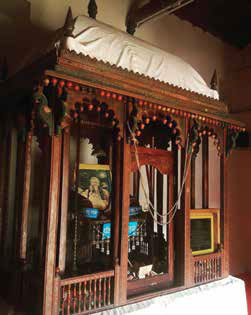 Another story suggests that a daily revenue of one lakh ‘koris’ (the old currency of Kutch state) generated by its maritime trade gave it its name. The decline in its fortunes came with the earthquake of 1819, which changed the course of the Indus river to the west, thus drying up Lakhpat and turning the once bustling port into a barren, forgotten town.

The story of the Lakhpat Gurudwara is as fascinating as that of its town. Called Gurudwara Pehli Patshahi, it was built to commemorate the visits made by the founder and the first Guru of Sikhism, Guru Nanak Dev ji to Lakhpat in the early 16th century while on his way to Mecca. In 1499 A.D. Guru Nanak Dev ji along with Bhai Mardana set off on extensive travels to spread the word of God.

These spiritual journeys were called Udasis as they entailed a prolonged absence from home. It was during the second and fourth Udasis in 1506-1513 A.D. and 1519-1521 A.D. respectively, that Guru Nanak Dev ji stayed in Lakhpat. 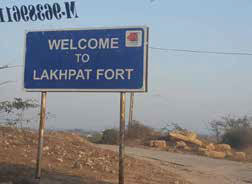 Built in the early 19th century, the Lakhpat Gurudwara served as a seat of the Udasi sect. Its unique courtyard structure is typical of the architectural style of an Udasi dera. It has an outer enclosure with a big gate and nagar khana (big drums), then comes the courtyard, a verandah and the room inside. There’s an ancient well in its compound that is considered holy as it has sweet water, unlike the rest of the underground aquifers in the area which have salty water.

Home to holy relics like Guru Nanak Dev ji’s khadvas (wooden sandals), an exquisite decoratively carved wooden palki, old manuscripts in Sindhi on the Gurbani and markings of two of the heads of the Udasi sect, the 200-year old Gurudwara has preserved its original structure. It has even retained the historic graffiti done on its walls by pilgrims in the late 1800 describing the details about their journey in the ancient ‘larivaar’ script. I am convinced it’s this very quality of keeping true to its origins that gives the Lakhpat Gurudwara an extra dimension. The simplicity it embraces resonates deep within to make those conversations with God even more sublime. There is something intangible, almost ethereal and yet very palpable in its aura that stirs the soul. 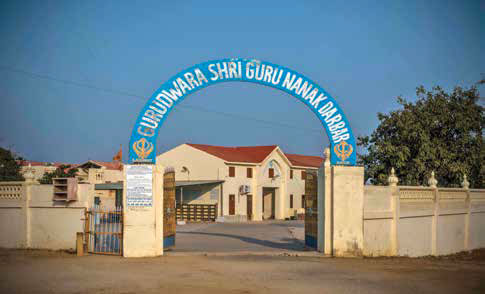 Maybe, it’s the geography, the stark expanse of the salt plains of the Great Rann on one side and the lapping  aves of the Arabian Sea on the other side as it lays ensconced within fortified walls. Maybe, it’s the lesson about the transience of life as seen in the fate of a once thriving port of millionaires reduced to an almost forgotten village of deserted streets and derelict homes.

Or maybe it’s the essence of faith to be enduring whilst remaining unaffected and unchanged through time and tide. Some places change you in ways that can’t be put into words, they must be felt.

By Rashmi B. Nayar

Through my Lens “Varanasi – a confluence of tradition”