The Persona & Legacy of Kishori Amonkar – The artist and the woman 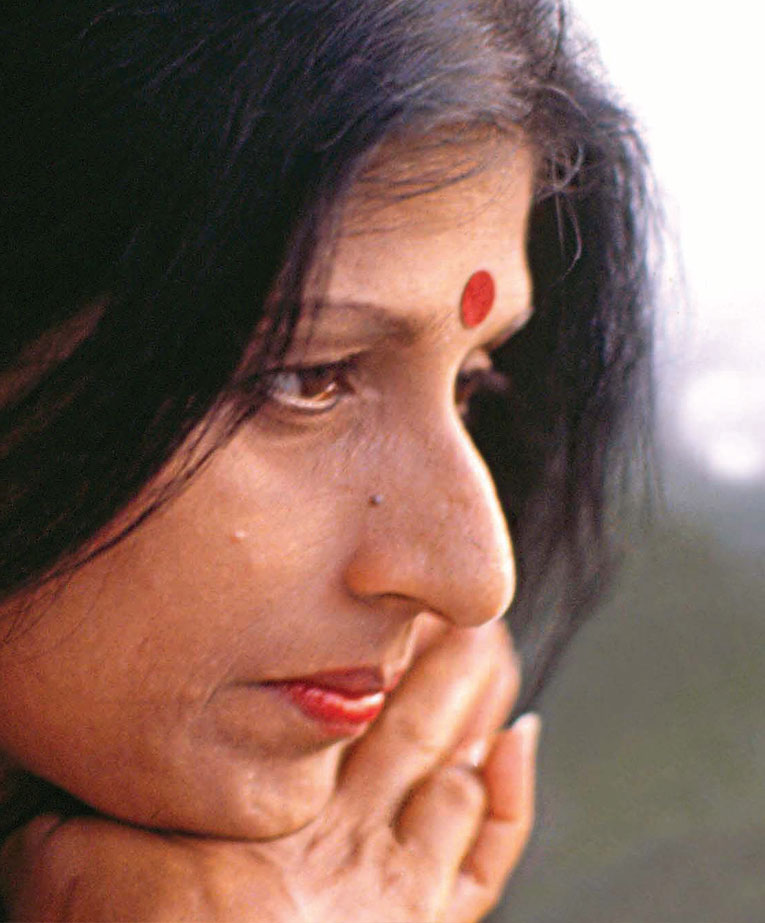 “They used to pay us 5,000 bucks; I demanded 25,000 rupees, and I got it, Jayang!”, exclaimed the grande dame of Hindustani (North Indian) vocal music apropos the performance fees paid to women artists. That was in 1985 when I first met her. As one of the youngest pupils of Gaanasaraswati Kishori Amonkar at that time, like many others I too was besotted by Mharo Pranam, her album of devotional songs by Meerabai, the 16th-century Rajput princess who defied entrenched patriarchy to pursue her spiritual journey. I coaxed Mrs. Babulkar, my schoolteacher and her childhood friend, to take me to Tai (as students addressed the legend) to begin a long and deep bond between Guru and disciple which lasted till she passed into the ages. 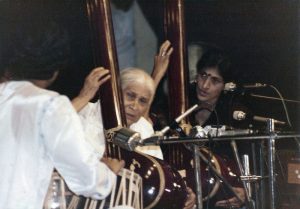 THE PERSONA
Twice decorated with India’s highest civilian honours, Tai held her own in music and outside of it. Urban legends about her were legion: her mercurial genius, her temperamental and at times tempestuous nature, her intolerance of unruly audiences and her testiness with errant concert promoters. As with most legends, there is always more than meets the untrained eye.

Tai’s public persona was a defence mechanism that helped her navigate the turbulent male-dominated milieu of musicians, promoters and record producers. By the time she emerged on the concert circuit during the 1950s, Hindustani music had been democratised, moving from the royal court and aristocratic salon to the concert stage (courtesy the microphone) and the living rooms of the masses (courtesy the gramophone and radio). Music, formerly the province of courtesans, suddenly became a respectable career for women. However, inequities and ill-treatment of women artists continued unabated. While growing up, a young and impressionable Kishori bore witness to this step-treatment frequently meted out by wealthy music patrons and organisers to Mogubai Kurdikar (her illustrious mother and Guru) during concert tours within India. 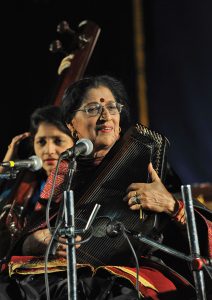 Being forced to sleep on verandahs and outhouses at aristocratic homes in the bitter cold and travelling overnight on the wooden benches of a third-class railway compartment were among the indignities visited upon Mogubai by promoters. Tai vowed that she would never countenance such behaviour. “She never pulled her punches when she saw another artist being ill-treated, let alone herself”, says her grand-daughter and disciple Tejashree.

Very particular about etiquette in public, Tai kept her private life strictly private. She often spoke of the power of a simple ‘pranaam’ with folded hands. “That gesture”, Tejashree quotes Tai, “is a powerful means to offer respect to the other person and affirm in no uncertain terms that there are boundaries to be respected.”

THE LEGACY
In many ways, Tai was a trailblazer for future generations of women artists on several fronts, whether it was ensuring appropriate remuneration and accommodation from promoters, or commanding respect and dignity from audiences accustomed to performers playing to the gallery, or bringing Raag music back to its original intended purpose. “Artists must value what they offer to audiences, which is the result of years of penance and practice”, she said. She set the benchmarks for promoters to treat women musicians with the respect they rightly deserved. That women constitute a majority of Hindustani musicians today owes a lot to Tai’s efforts.

THE WOMAN
A woman’s capacity to multitask is well known, but Tai was a superwoman who brought her quest for perfection in music to every facet of her life. At home, she was the consummate homemaker. She raised two sons, cared for her ailing husband and nonagenarian mother, looked after live-in students, personally dealt with promoters and producers without any agent, and was the first to run to support relatives and siblings at critical times. She also created the most intricate handpainted rangolis (floor murals) during the Diwali festival. All this was done with precision and grace while keeping up a hectic schedule of performance, practice and teaching. As Tejashree says “Tai knew how to invest her time and energies with utmost economy, and she exemplified a woman’s capacity to manage both her career and family successfully.”

THE ARTIST
With her deep study of aesthetics in music and its power to give bliss to audiences by evoking and sublimating feelings (the rasa theory), Tai stood by her firm convictions despite virulent attacks from orthodox music critics. While she steadfastly adhered to the core principles of Indian art music, she pushed the envelope beyond traditional boundaries to explore sublime vistas that were a revelation to audiences and practitioners. All this came with a razor sharp intellect and an ability to articulate her views in three languages, including English.

That fateful Monday evening on the 3rd of April 2017, just ten days after a sell-out bravura performance in Delhi and a week short of her 86th birthday, Tai decided that she was done with the mundane world. She departed on her own terms just as she had lived, complete with a guard of honour and a 21-gun salute, as befits a national treasure.

Jayang Jhaveri, a disciple of Kishori Amonkar, practices and teaches Hindustani music in Hong Kong, and heads In Harmony Arts & Culture, a non-profit that promotes Indian art and music.