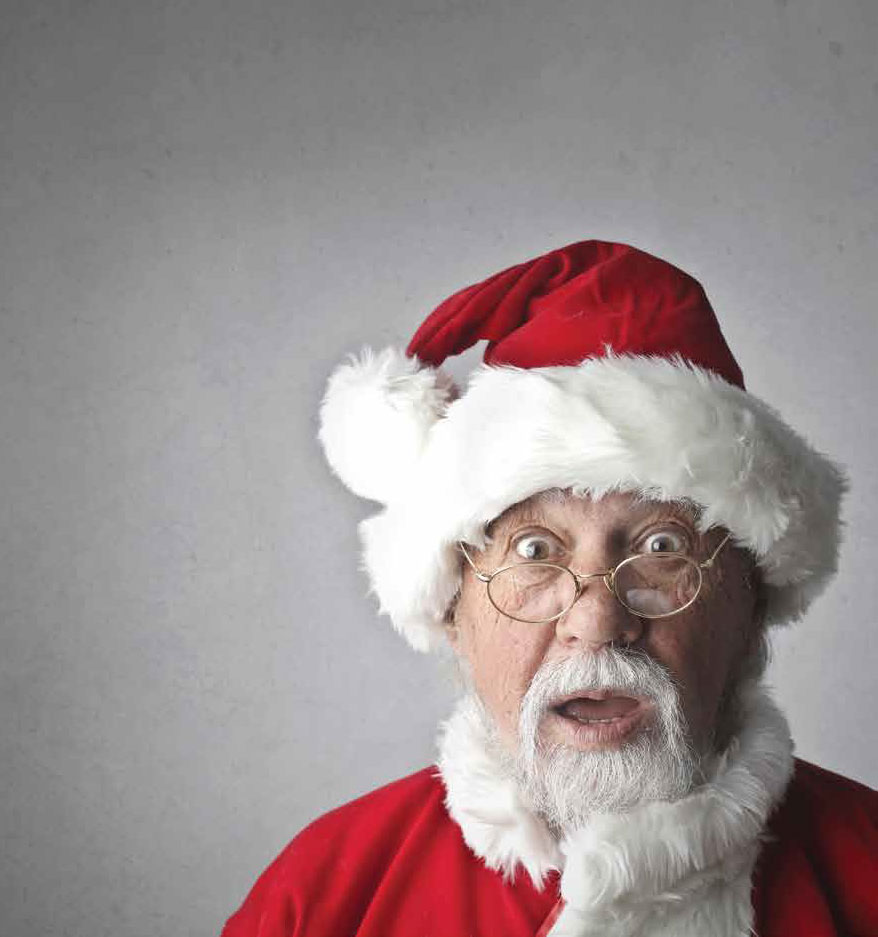 The Sad Demise of Santa Claus

Statutory warning: The following reading material is not suitable for children under ten years of age. Or adults who still steadfastly believe that life is nothing without a little magic.

Recently adding to the list of bizarre rumors routinely doing the rounds on the Internet was the news of the sad demise of Santa Claus. That Twitter trend, so obviously a hoax, it died a natural amusing death. But in our home, the same was a little more tragic. You see, for us, Santa Claus is really no more! It’s been ten years since he visited our home each Christmas bringing gifts and candy.

Ten years since the very merry decorations ushered in the Christmas spirit all through the month of December into our house. Ten years since we left milk and cookies for him to eat for when he came by. The tree, twinkling lights, candy canes, stockings, and Santa caps… who could resist getting enveloped in the red-white-and green blanket of cheer? Unfortunately, that year, the myth was shattered. Santa was proved to be not real! The grand expose, as is always the case, was made carelessly, of course, by my son’s friend. Because if it were left to a mother’s heart no child would ever accidentally find out they were adopted. And no father would ever stop renting Santa Claus suits.

But alas, when the revelation was made, it was too late to take back the look of shock, dismay, disbelief and then utter disappointment on my son’s face. And accompanying all that was the realization that his parents had been lying to him all along. And for him that probably meant the Tooth Fairy was make-believe too? But like each and every person on our planet, he got over it soon enough, accepting the truth. He promised not to burst the bubble for his little sister so she could enjoy the fantasy of Santa Claus a bit longer (but only after he had smartly established his terms and conditions that he would still continue to receive Christmas gifts and ‘Tooth’ money until she did. A perfect example of when life hands you lemons, make lemonade).

Strangely I was the one mourning Santa’s loss more than my more resilient son. Because Santa not being real also meant that an innocent, happy part of his childhood was lost forever. For me, it felt like the death of my Christmas magic. Singing carols while putting up the decorations, buying gifts for my children, fabricating creative answers to his many intelligent questions over the years (If we don’t have chimneys in apartments how does Santa enter our homes? How does Santa ride his sleigh in places where there’s no snow? How do so many toys fit in one sleigh?) All my little joys of Christmas had come to an abrupt end. I now had at best a few more years of the magic to enjoy with my daughter.

You would think that not having to go through all the extra trouble to maintain this facade should have come as a relief. But it didn’t? I had to wonder, what exactly was the great loss I was feeling? On analyzing it, I realized it was the fact that my ‘baby’ had inched his way further into the grown-up world. And that was a gloomy thought.

So when my son mentioned once again, “I cannot believe you fooled me for so many years, mom. I can’t believe Santa isn’t real!” I very honestly answered him. ”That really depends on what you want to believe. It’s true Santa doesn’t come into our homes on his flying reindeers and nor does he leave gifts each year. That was all your dad and me. But we can’t deny that there’s something in the air that transforms December into a month like no other.”

The unanimous need to celebrate, to be festive and cheerful, to see the look on the faces of our loved ones when they unwrap their gifts is priceless. There’s something about this time that lifts our spirits and makes us merry. Something that inspires us to be nice even if it’s just for this one month.

It isn’t just the winter weather that does it, because January doesn’t feel the same. There’s something about this month that brings with it the hope for a new and better year. So, my darling son, Santa may no longer be real but I refuse to believe there isn’t some real magic in Christmas.

Wishing everyone a Merry Christmas and Happy Holidays!!