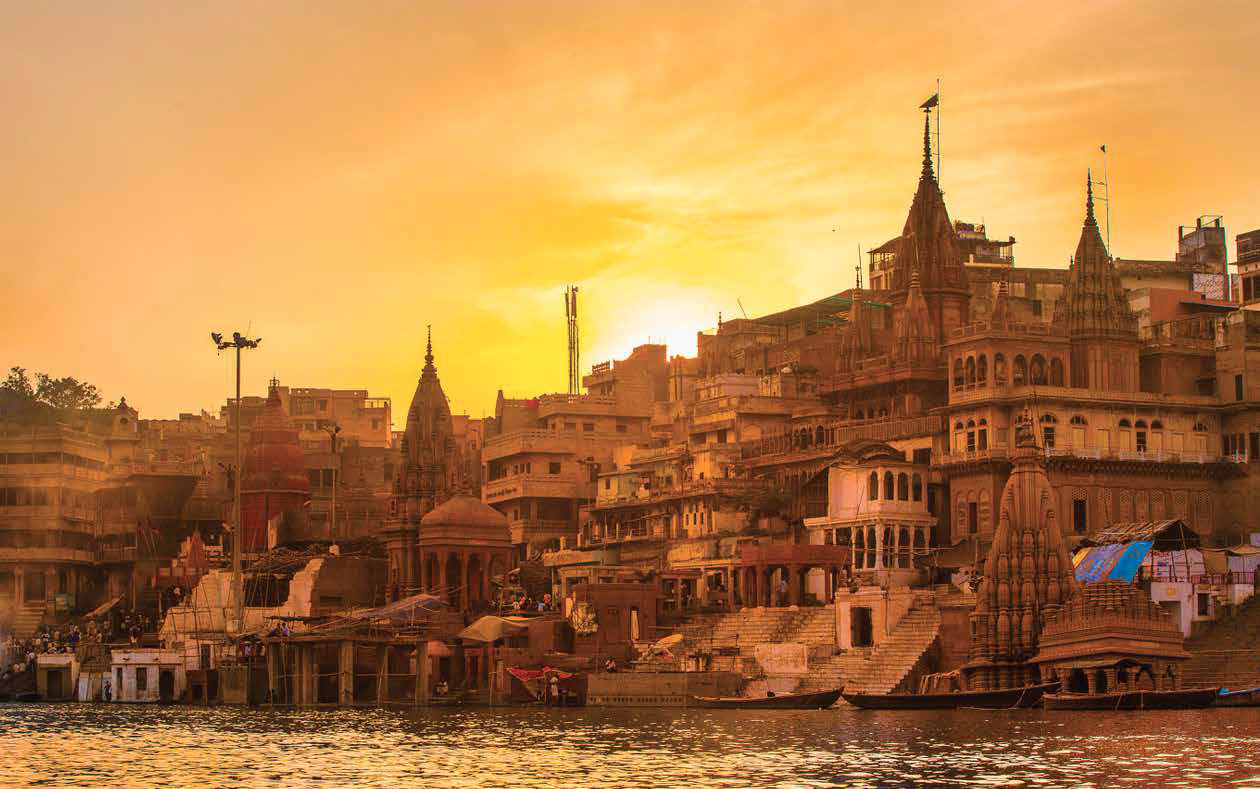 Through my Lens “Varanasi – a confluence of tradition”

Varanasi, Banaras or Kashi a city with three names is said to be “older than the universe” as quoted by Mark Twain. Home to around 2000 temples, 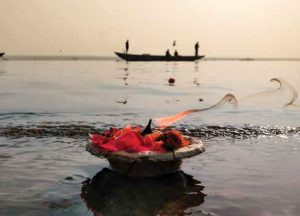 the spiritual capital of India attracts millions of tourists every year to discover the power of rituals and mythology. A small city by the banks of the holy river Ganga, it is easily accessible by flights and trains from most parts of India. From five star hotels, heritage palace  properties to hundreds of guests houses and homestays the city fits the budgets of backpackers and luxury travellers alike.

The history here draws back to the times of Lord Shiva and Goddess Parvati and is etched out throughout the city. A number of mythological tales well described by the tour guides are a must to hear when you visit. There are more than 100 ghats, each built by different empires as early as 1700Ad. They boast of stories from the historical era of the Marathas, Holkars, Bhonsles, Shindes (Scindias), and Peshwas. Mystic powers, positive energy and sounds of chants greet the devotees from all over the world, who flock to the ghats even before the sun has risen. It is said that Banaras is home to all Gods, so there is no need for anyone to visit any other place. Most of the sages that dwell here though are under the influence of Lord Shiva who is supposed to quench all desire. 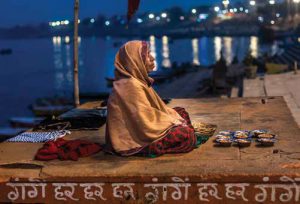 The most popular ghats that are not to be given a miss are :

Dashashwamedh
Also called the main ghat is best known for its well-choreographed Ganga aarti which takes place every morning at 5:30 am and in the evening at 6:30 pm. Make sure you arrive early and get yourself a good spot to witness this grand event.

Manikarnika
Death is ever-present in this holy city, and it is believed that being cremated here opens the gates of heaven for those looking for ‘moksh’ or liberation. We sit alongside the numerous pyres burning as life around us goes on normally. Manikarnika is one of the burning ghats of Varanasi. Surprisingly it is also one popular with many foreigners who come to watch the traditional Hindu cremation ceremonies. It is advisable to watch from a distance and not photograph the ceremonies as many grieving families (rightly so) take offense to it. 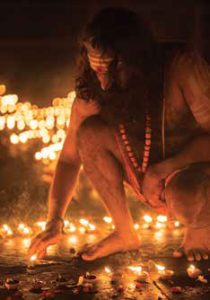 Assi Ghat
The southernmost tip of the ghats, is very well known for its cafes and small eateries that will sensualize your taste buds. Catering to a large number of international tourists, the cafes here serve delicious pizzas, pasta and western desserts like apple crumble. There are even Korean and French cafes. Morning yoga sessions and cultural programs are hosted here every morning at 5 am as a part of the Subah-e-Benares.

Kedar Ghat
Whilst every ghat caters to different communities Kedar ghat is where all the South Indians pray and practice their rituals. The ghat is especially pretty when covered with diyas, lit to celebrate the festival of dev Diwali a unique Diwali celebration that takes place 2 weeks
after the main festival is celebrated. The city lights up with tens and thousands of oil lamps lit by locals from every corner of the city, adorning the steps of the ghats.

The back streets of Varanasi are like a maze and can mesmerize you. It is fascinating to see how the locals live and how their daily activities are carried out. The street food here is very famous with stalls serving popular Indian snacks such as kachoris, dosas, and sweets such as jalebi and the famous Benarasi malaiyo (a frothy milky dessert).

For me, the time spent in this city is never enough. Every visit there is something new to discover and learn. And it takes more than one visit to truly experience this intriguing land heavy with spirituality and mythology. Once you’ve been there, the city resonates with you, lingering on in your heart and mind… returning like some haunting snatch of music that plays over and over again in your head, till each word slowly reveals its secret.