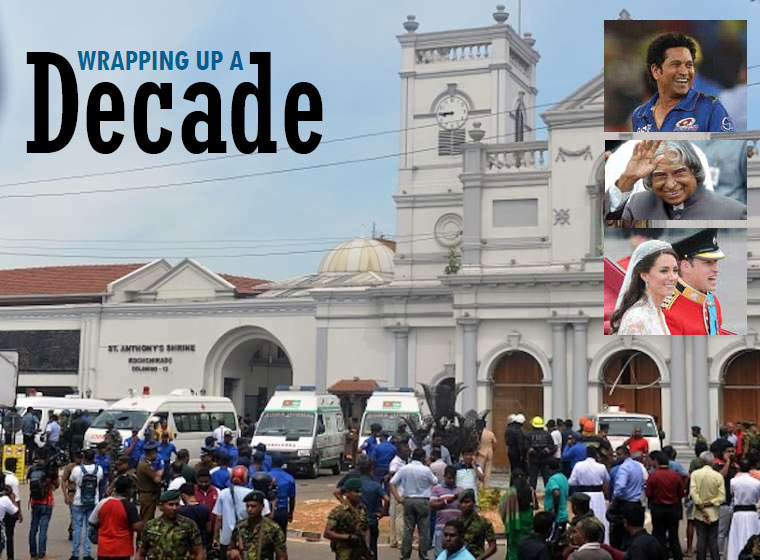 Summarizing an entire year, let alone a decade is a difficult task. As we go through a few of the biggest headlines from the last ten years, we are reminded of some of the most heart wrenching, inspiring, tragic and memorable events that happened around the globe.

A Picasso painting sells for a record-breaking $106.5 million at a Christie’s auction. The painting, “Nude, Green Leaves and Bust,” depicts Picasso’s mistress and was painted in just one day in 1932.

33 Chilean miners trapped underground for over two months were pulled to safety in a brilliant rescue mission.

An explosion in the Eyjafjallajokull volcano in Iceland results in a volcanic ash plume over northern and central Europe.

At least 300 people were killed in a stampede during Cambodia’s annual water festival.

Massive 8.9 earthquake unleashes a deadly 10-meter Tsunami on the coast of Japan

US forces kill Al Qaeda leader Osama Bin Laden, in a raid in Abbottabad in Pakistan

Apple co-founder Steve Jobs dies, aged 56 In one of the worst U.S.

Singer-songwriter Amy Winehouse is found dead in her apartment in London.

President Obama is reelected for a second term

In Pakistan, Taliban members shoot 14-year old Malala Yousafzai in the head and neck while she was on her way home on a school bus.

India launches a mission to Mars. The Mars orbiter mission, known as Mangalyaan, traveled more than 200 million kilometers over 300 days to reach the red planet.

The Boston Marathon Bombing kills 3 and injures more than 260 people.

More than 1,100 people died when the Rana Plaza garment factory collapsed in Dhaka. It was the worst disaster the country’s garment industry had ever seen.

Netflix transforms how television is made and how we consume it.

Narendra Modi, the son of a poor tea seller, led the Bharatiya Janata Party (BJP) to a historic victory in India’s May parliamentary election, making it the first party in thirty years to win an absolute majority of seats.

Scotland Votes to Remain Part of the United Kingdom

Oscar-winning actor and comedian Robin Williams dies at age 63 in an apparent suicide.

A series of coordinated terror attacks struck fear through the heart of the French capital leaving 130 people dead.

A 3-year-old Syrian boy whose body washed up on a beach in Turkey becomes the face of the migrant crisis in Europe.

Mass shootings renew terrorism fears, debate over guns in the US.

Blue and black? Or white and gold? Online photo of a dress causes a global debate

The massacre in Las Vegas is the deadliest mass shooting incident to happen in modern American history.

In May, children were among the 22 killed in a suicide bombing after an Ariana Grande concert at Britain’s Manchester Area

Yemen becomes home to the world’s largest cholera outbreak, with about 1 million cases and more than 2,000 cholera-related deaths.

The US decides to leave the 2015 Paris Climate accord, and the world is marked by a series of natural disasters, including record-breaking hurricanes, earthquakes and devastating fires around the world.

Aretha Franklin, the “Queen of Soul” passes away

The wedding of Prince Harry and Meghan Markle captivates the world

Twelve boys and their soccer coach got stranded in a cave in Thailand, and the world rallied to their rescue

Banksy painting shreds itself moments after being sold for $1.4 million at London auction

Iconic designer Kate Spade hangs herself in an apparent suicide

Stan Lee a revered comic-book creator who co-launched superheroes like the Fantastic Four, Spider-Man, Doctor Strange and the X-Men for Marvel Comics passes away

China accomplishes first landing on the far side of the moon

Prime Minister Jacinda Ardern and her government pass a ban on semi-automatics and assault rifles six days after a terror attack kills 50 in New Zealand.

The first-ever image of a black hole is released. Located in the Messier 87 galaxy, the black hole is 500 million trillion km away from Earth and nearly three million times the size of our planet.

A fire breaks out at the 850-year-old cathedral of Notre Dame in Paris, causing heavy damage to the iconic structure. 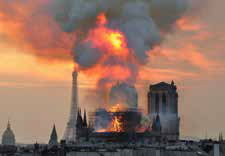 A series of bomb blasts at churches and hotels in and around Colombo, Sri Lanka kills more than 250 people

NASA reached a milestone when astronauts, Christina Koch and Jessica Meir, became the first to take part in an all-female spacewalk.