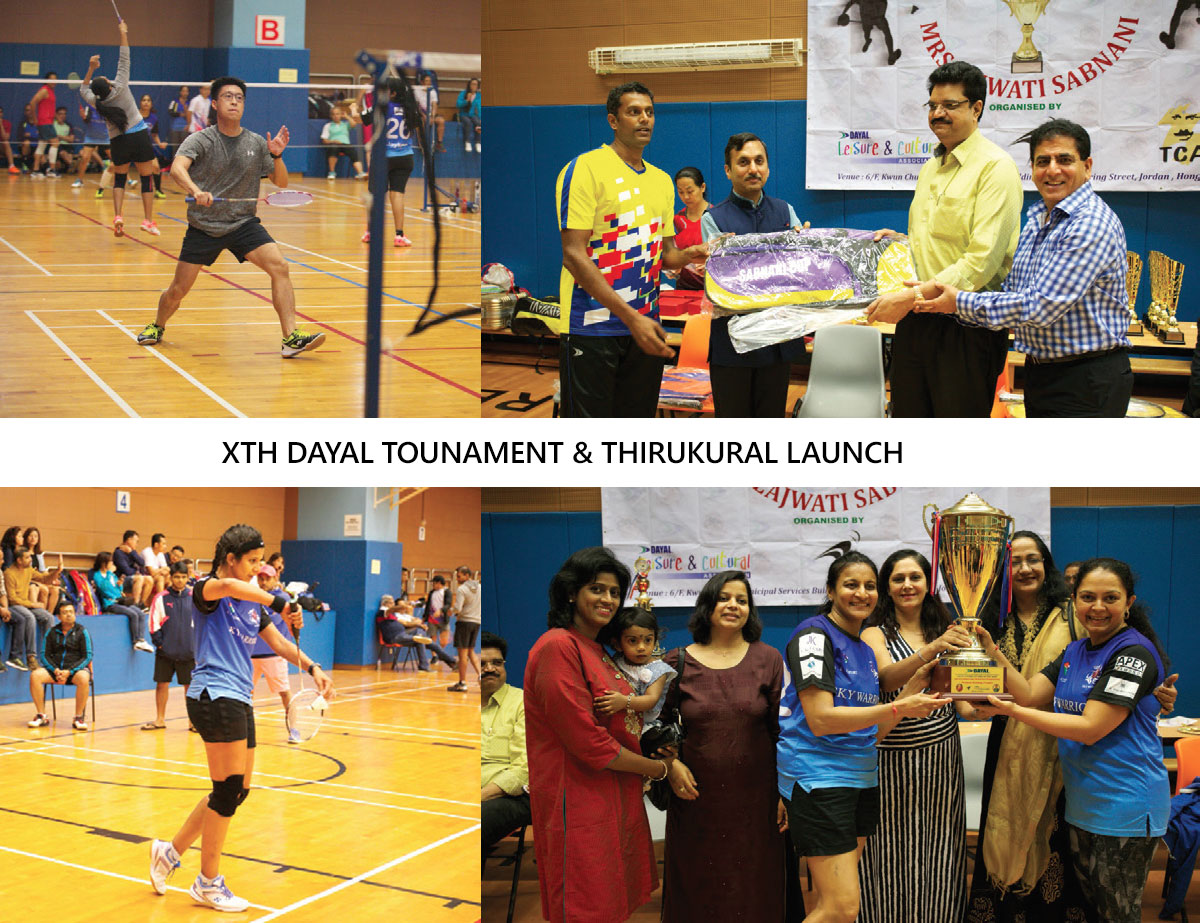 Sabnani-Dayal International Championship is the 10th year tournament with 232 participants majority of them are Indian expats living in Hong Kong. This championship has started in 2008 to encult upcoming youngsters and identity talent in the adults to compete in the Hong Kong National leagues and corporate championships.

The Xth Sabnani-Dayal International Championship was sponsored by Mr Raju Sabnani in memory of his mother Lajwati Sabnani.

In occasion of the X th International championship Indian Consulate General Launched a “Kural”an Racquet with Thirukural in 6 different language inscribed in it to Honour Saint Thiruvalluvar and another racquet to mark up X th International championship in memory of Lajwati Sabnani. Also a Unique Special Grip to Master Badminton game is launched in the prize distribution ceremony.