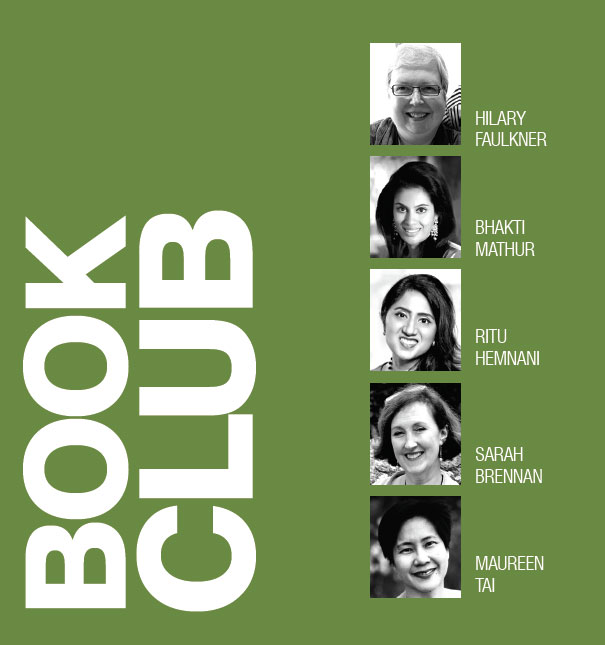 “Writing is perhaps the greatest of human inventions, binding together people, citizens of distant epochs, who never knew one another. Books break the shackles of time–proof that humans can work magic.- Carl Sagan”

Writing is a craft that develops with conscious effort and practice. Be it short stories, novels or poetry. The writers featured below don’t just have their fantastic work to recommend, they themselves are fans of an eclectic group of authors. Written in their own words, let us see what makes these books special, and why they come highly recommended. 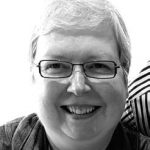 Hillary author of Fuk Yu, A Sweet and Sour Cancer Journey Hong Kong Style started writing her book while sitting in waiting rooms and between treatments for her Cancer. Diagnosed with a rare, aggressive form of endometrioid ovarian carcinoma, with a high recurrence rate, she progressed from stage 1 to stage 4 and now by God’s grace is in remission. This book catalogues her journey from initial diagnosis through 4 lines of gruelling chemotherapy, 3 surgeries, radiotherapy, DVTs and pulmonary embolisms to targeted therapy including immunotherapy. 100% of the profits of this book are donated to ovarian cancer charities. 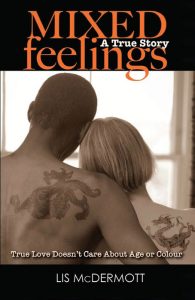 Book: Mixed Feelings (A True Story)
By: By Lis McDermott

The book tells the story of Lis and Conrad who met and fell in love. Conrad was 12 years younger than Lis and black. They found when they met that they had a lot in common and enjoyed each other’s company and just wanted to be together. The book is split into chapters that give a different perspective, where Lis writes about her life before Conrad and he does the same. The difference in cultures and upbringing is clear and yet they find each other and fall in love. The story then describes how they face disapproval for the age difference but also racism which comes even from family members which they found hurtful and very challenging to deal with. But they both take this in their stride and it is a great testament to the fact that love conquers all. It is an easy read and I particularly like the way that at the start of each chapter there is a list of historical events that happened at that time to orientate the reader in terms of the timeline. A very heart-warming story. I don’t have too much time for leisure reading due to a busy lifestyle but couldn’t put this book down and read it in a day. 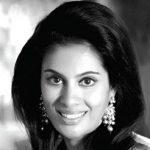 Bhakti took to writing in 2010 when she created the popular ‘Amma Tell Me’ series of children’s picture books about Indian festivals and mythology. After a long stint as a banker, she now juggles her time between her writing, her passion for longdistance running, yoga and her family. She lives in Hong Kong with her husband, their two children, and two dogs. She holds a Master of Fine Arts Degree in Creative Writing from Hong Kong University, is a freelance journalist and contributes regularly to the South China Morning Post. When not writing or running after her young boys, she is happiest curled up with a book in one hand and a hot cup of chai in the other. 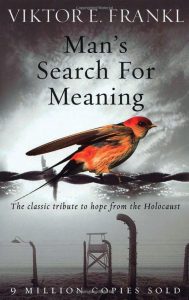 Victor Frankl (1901 to 1997) was an Austrian neurologist and psychiatrist who was a Holocaust survivor, surviving several concentration camps including Auschwitz. The book chronicles his experiences of enduring unspeakable horrors in the concentration camps and talks about his approach to psychotherapy that he developed as a result of his own suffering and observing the anguish of others. His technique called logotherapy (derived from the Greek word ‘Logos’ which denotes ‘meaning’) focuses on the meaning of human existence and on man’s search  or such a meaning. According to Frankl this striving to find meaning in one’s life is the primary motivational force in man and that
finding meaning is possible in spite of suffering. Frankl quotes Nietzsche, a German philosopher “He who has a why to live can bear with almost anyhow.” Frankl says that in the camps every circumstance conspired to make the prisoner lose his hold. All the familiar goals in life were snatched away. What alone remained was “the last of human freedoms” – the ability to “choose one’s attitude in a given set of circumstances.” This is a book that I cannot stop thinking about – a gem of a narrative focused on the deepest of human problems.

“For the first time in my life I saw the truth as it is set into song by so many poets, proclaimed as the final wisdom by so many thinkers. The truth – that Love is the ultimate and highest goal to which man can aspire. Then I grasped the meaning of the greatest secret that human  poetry and human thought and belief have to impart: The salvation of man is through love and in love.” 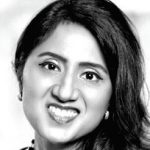 Ritu is an author, journalist, teacher and voice actor who promotes inclusiveness and diversity through her writing. Her articles and stories have been published in the SCMP, Asian Literary review and Reader’s Digest. Ritu is the Director of Heritage Publishing Ltd and her children’s book, ‘Gope and Meera – A Migration Story,’ seeks to foster awareness and empathy for migrants in our communities. A beautiful and heart-warming story, Gope and Meera – A Migration Story is a tale about a cherished homeland reluctantly left behind and why the Hindu Sindhi community is scattered across the world today. It is a tale of tragic loss, determined hope, preserved culture and spirited victory that will captivate readers of all ages.
www.rituhemnani.com 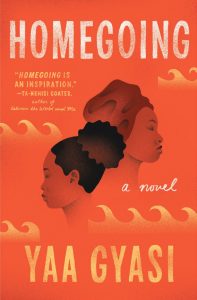 This is Yaa Gyasi’s historical fiction debut novel, for which she received a reported seven figures in advance, at the age of 25. Gyasi tells the story of two sisters; Effia and Esi who were alive in West Africa’s old Coast and whose lives couldn’t be further apart in the 17th century. One is sold into slavery and the other becomes the wife of a slave trader. Each subsequent chapter follows the lives of their descendants separated by ethnic warfare, colonialism, and a diversity of issues in both Ghana and America. Every subplot of ‘Homegoing’ is tight and riveting. The images Gyasi paints of Harlem’s jazz clubs are just as vivid as Ghana’s mudhut villages and though new characters are introduced each chapter, Gyasi breaks our hearts for each one. The most heroic endeavour Gyasi accomplishes in ‘Homegoing’ is by far the voice she gives to the missing and untold narratives that have been lost in slavery’s devastating after-effects. This is a book I just couldn’t put down.

“Whose story do we believe, then…We believe the one who has the power. He is the one who gets to write the story. So when you study history, you must always ask yourself, Whose story am I missing? Whose voice was suppressed so that this voice could come forth? Once you have figured that out, you must find that story too. From there, you begin to get a clearer, yet still imperfect, picture.” 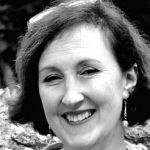 She is passionate about children’s literacy and speaks regularly in schools about poetry, how to write stories and the importance of reading books in the digital age from the scientific perspective.

After 16 years working as a lawyer in London and Brisbane, Sarah moved with her family to Hong Kong in 1998, where she found her mission as a much-loved children’s author, bringing Chinese history and culture to children everywhere through her funny and educational stories.
https://sarahbrennanblog.com/ 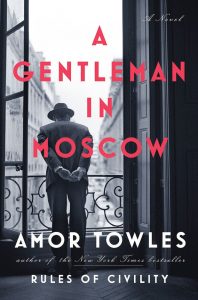 Book: A Gentleman in Moscow
By: Amor Towles

In 1922, five years after the Russian revolution, unrepentant aristocrat Count Alexander Rostov is placed under house arrest in the elegant Hotel Metropole in Moscow.

For the next 32 years, he works there as a waiter, the embodiment of charm, courtesy, wisdom, and nobility, as the world he once knew disintegrates outside.

This witty, urbane book by New Yorker Amor Towles completely captivated me. Its protagonist is one of the most memorable, likable characters I have ever had the pleasure to meet between the covers of a book, and my only reproach to the author is that his story had to end.

“When I awoke, I suddenly understood this propensity for self-destruction was not an abomination, not something to be ashamed of or abhorred; it was our greatest strength. We turn the gun on ourselves not because we are more indifferent and less cultured…. On the contrary. We are prepared to destroy that which we have created because we believe more than any of them in the power of the picture, the poem, the prayer, or the person.” 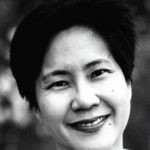 Maureen is an NGO Administrator, Writer, and Artist living in Hong Kong.

Originally from Malaysia, Maureen is a working mum who aspires to write for children. Her creative works have been published by Cha: An Asian Literary Journal, and the Asian American Writers’ Workshop. 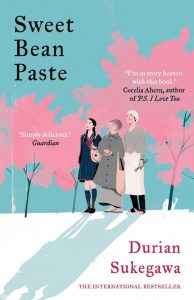 Sentaro is a young man burdened by his past and indentured to his dorayaki (red bean pancake) stall. His empty life takes a turn when an elderly lady with strangely gnarled hands answers his “Help Wanted” advertisement. Despite her physical limitations, Tokue is able to conjure the most sublime sweet been paste he has ever tasted.

Sentaro discovers however that she too suffers from a heartrending tragic past. Told in Durian Sukegawa’s luminous prose, Sentaro and Tokue’s poignant story is a testimony to the redemptive power of friendship, proffering the ultimate meaning of human existence – “to see and listen to the world.”

“Tokue consistently turned out excellent bean paste; she never had a bad day. Sentaro had the feeling that it was her posture while she worked that ensured this. She treated the adzuki beans with the greatest of care, always bringing her face up close to them, painstakingly carrying out every step in the process of cooking, and moving her fingers as if there were nothing wrong with them.”