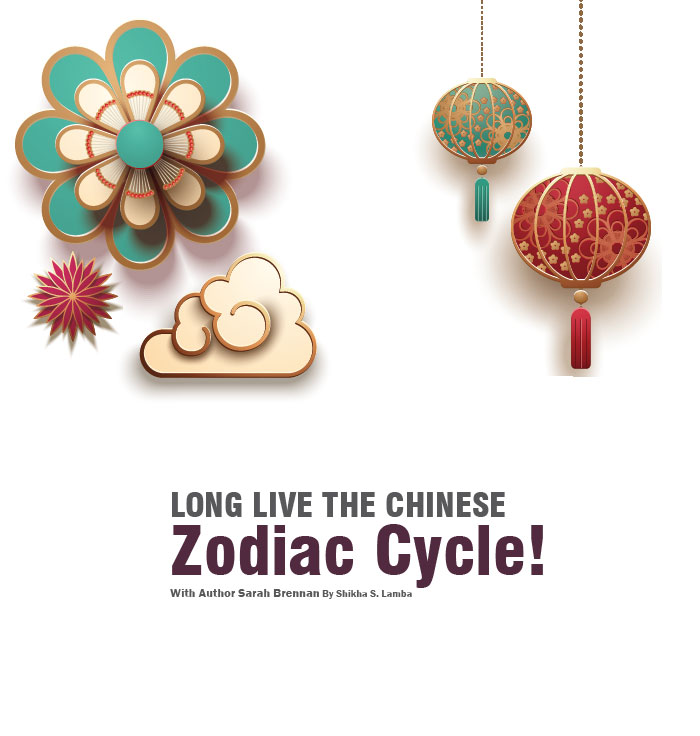 Sarah Brennan has dedicated the last 13 years of her life to writing about and publishing The Chinese Calendar Tales. One book per year for each animal of the Zodiac, the 12-year cycle ends this month with the kind, happy, but sometimes gullible Pig packing up her bags and wistfully following her 11 predecessors into the sunset.

But as Sarah says, “the Chinese Calendar is eternal, as no doubt Lord Buddha planned it back at his famous riverside Birthday Party over 2600 years ago, when the Zodiac animals first turned up in their special order after that eventful Race. Now the Rat will be back again for 2020 with all of his animal buddies following behind in annual succession!” 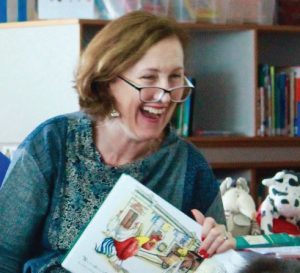 Born in Tasmania, Sarah lived on three beautiful acres of garden and bushland in the foothills of Mt Wellington. Her love for nature and animals stems from growing up around a menagerie full of animals, including peacocks, pheasants and Anglo Nubian goats, as well as bee hives and a big vegetable patch! After studying law at Queensland University, she worked as a lawyer in Brisbane and London for almost 20 years before moving to Hong Kong. Sarah was inspired to write about the Chinese Zodiac when she visited Hong Kong schools with her first two children’s picture books, A Dirty Story and its sequel An Even Dirtier Story. While the kids seemed to enjoy them, she felt guilty – because they are Anglo-centric stories in an English setting, and most of the kids in the audience were of Chinese or of Asian heritage.

which sold so fast that within 6 months she published The Tale of Run Run Rat, about a Chinese village rat, which was set at the Beijing Olympics because it was 2008. That book outsold Harry Potter in Hong Kong for 6 weeks! Realizing there was a real appetite in Hong Kong for books written in English about Chinese culture that were funny – Sarah got writing!

This year it is with a heavy heart she bids goodbye to the beloved series (illustrated by Hong Kong’s favourite cartoonist Harry Harrison) after 13 years of writing and publishing them. In describing her 13-year old journey, Sarah expresses how they have “ been marked by the not-so-gentle rhythm of writing the stories for each Zodiac animal in the summer holidays, sending it to my designers for the layout upon my return, Harry drawing the illustrations in September/October, and printing in late October.” Then, of course, the mad rush to get it into the bookstores in November, presenting the book at various Christmas Fairs, schools and writing festivals in Hong Kong, Mainland China, and Australia. Her hugely busy routine, though exhausting, has always been rewarding and fun for her!

However, she is upbeat as the new year approaches since 2020 is the year of the Rat, which is her year! “Rats are renowned not just for their ambition, curiosity, and cleverness (and modesty, to be sure) but also for their need for constant activity. But their downside (all the Zodiac signs are hugely positive, but have one glaring flaw, which is one reason why I like them so much) is that when they get bored, they get RATTY! My family will assure you that in this, I am a true Rat!”.

Alongside these books, Sarah also wrote an extra story, The Tale of Pin Yin Panda, to explain how all the animals got into the Zodiac in the order they did, and not to mention why the Panda didn’t make it! These books (and I can assure you by my personal experience) are incredibly fun and interactive (much like their author I might add) for children and adults alike. They are rich in history, written with playful rhymes, and offer a new way for all to understand the 12 zodiac signs.

Sarah has her unique fan following here in Hong Kong. Since ending the series, her readers are eager to know what she is writing next. When asked, she hilariously replied: “ I have womanfully refrained from following the suggestion of one of my child fans, who asked if I couldn’t start a #2 series, in the manner of Star Wars or The Godfather… I had to explain gently that while I may be famous in my own lunch box here in Hong Kong, I have neither the fame nor the blockbuster appeal of either a George Lucas or a Francis Ford Coppola.” “But nature abhors a vacuum as much as Zodiac Rats do,” so now our author is working on a year of more firsts, her first children’s chapter book, which is almost complete, and her first book tour with the Chinese Calendar Tales in the United States. She will also be exploring new markets throughout Asia and further afield, and in her own words, will “finally have the time to develop a proper online marketing strategy!”

Chinese Calendar Tales are available at Bookazine stores and online at chinesecalendartales.com